It’s the official Meizu launch day today! While not all stores in China have the MX available for sale, they do (after all) have demo units. We were lucky enough to spend some time with the dual core MX from Meizu today. Find out what we thought after the jump.

The first thanks is for their help yesterday. After our visit to our local Meizu dealer yesterday, and finding they had no MX’s due till later this month we contacted Meizu who called the store to find out what was going on.

After a few short and helpful emails they had confirmed that the store have in fact got the MX for demo (why this wasn’t made clear on my first visit I don’t know) and that I was able to try one today. Thanks!

Our second thanks to Meizu is not just a thanks but a ‘well done’. Well done Meizu for making a very well made, high quality Android smartphone! Wow, the MX is a far cry from the old M9! 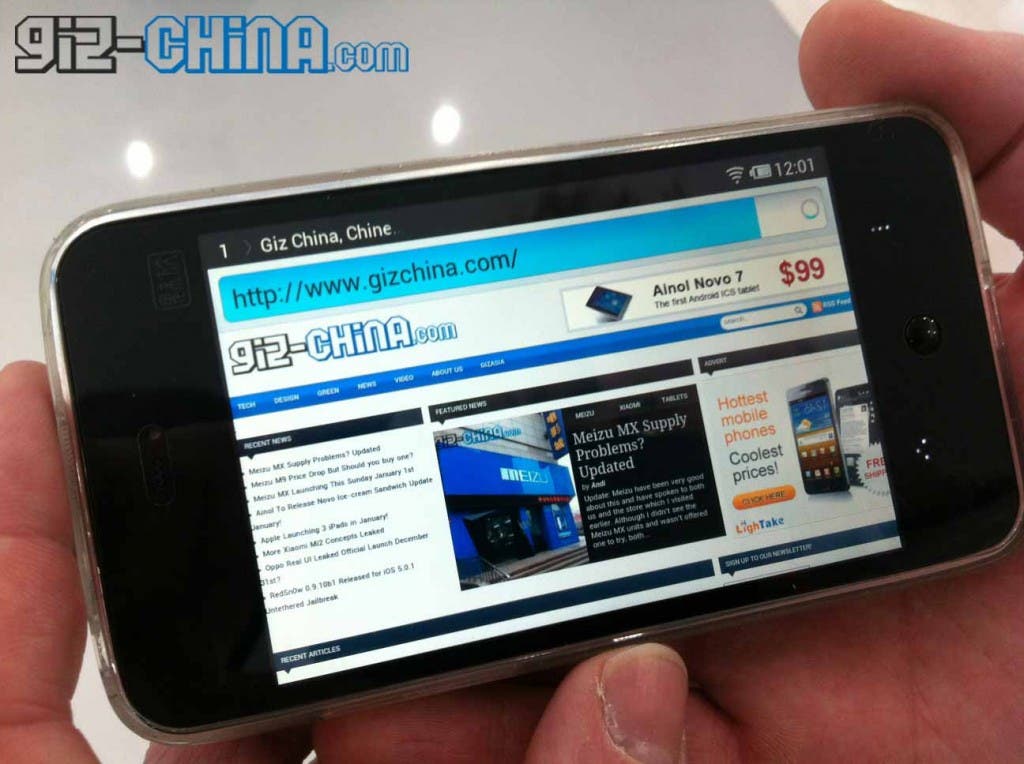 We entered the store earlier today and asked to see the MX demo unit, unlike yesterday when we asked the MX was handed over (from the draw of the counter) and we were left to have a good look at the new Meizu phone.

If you are use to the Meizu M9, the first thing which will strike you when getting the MX in your hand is it weight. While the M9 is a very lightweight phone the MX is reassuringly heavy, giving the phone a nice solid feel.

The solid feel continues with the quality of construction with the body being made of high quality plastics. The glossy white rear is especially nice and looks of excellent quality. Again this is a totally different impression the M9 gives when in the hand.

We didn’t have time to play with all the features on the MX, but if you have used an M9 nothing should really surprise you. The only real differences (we saw) were to the on screen browser button, and that there are options for the front camera and flash in the camera app.

The rest of the Meizu’s Android Gingerbread OS seems to be the same as the M9’s, that’s not to say there aren’t changes just that we didn’t see any with our brief time with the MX.

The OS is fast, and we experienced no problems, lag or bugs while navigating the menus opening apps and playing games.

The 8 mega-pixel camera on the MX is a huge improvement over the M9’s 5 mega-pixel unit. The rear camera is fast to open, and takes good looking photos without any fuss. 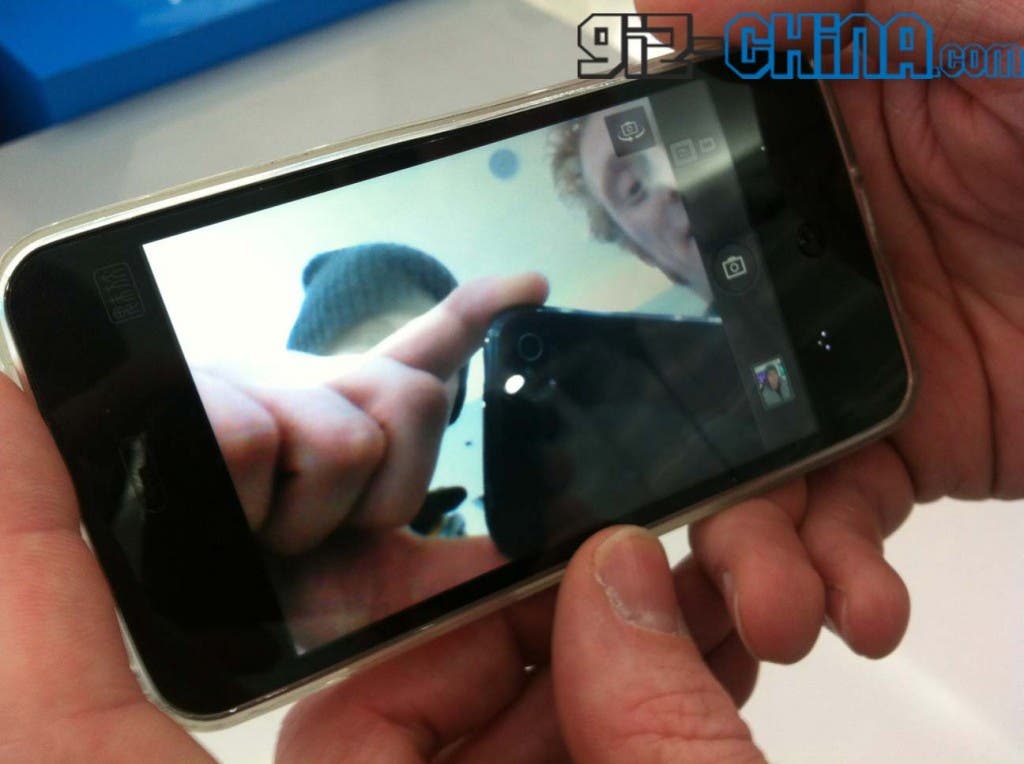 The old Meizu M9 suffers from a slow shutter speed which means many photos turn out blurred if there is even the slightest movement, the MX however takes photos at a more acceptable speed and with greater clarity.

When compared to the Xiaomi M1 which also has an 8 mega-pixel camera, the MX seems to produce better images with more natural colours and less ‘noise’.

The Meizu MX is the first Meizu phone to support a front camera. As you would expect the front camera is only really designed for video chat and so the quality is much lower than that of the rear camera, but it suits it’s purpose fine.

Many people are going to be comparing the Xiaomi M1 to the Meizu MX, I certainly was, but today after getting some hands on time with the MX we couldn’t possibly place the Xiaomi in the same league.

The MX is a better made phone with a better camera and much better screen than the Xiaomi M1, but its also 1000 Yuan ($158) more expensive, however it’s probably going to last a lot longer in your pocket than the M1.

So would we buy an MX?

Would we buy a Meizu MX? While we are really impressed at the build of the MX, nothing really jumps out and screams ‘buy me1!’, the choice of buying the MX over a similar Samsung or HTC phone would, in our opinion, simply come down to which user interface you prefer (I personally like the Meizu Flyme UI), as the function of the MX is as good as it’s rivals. 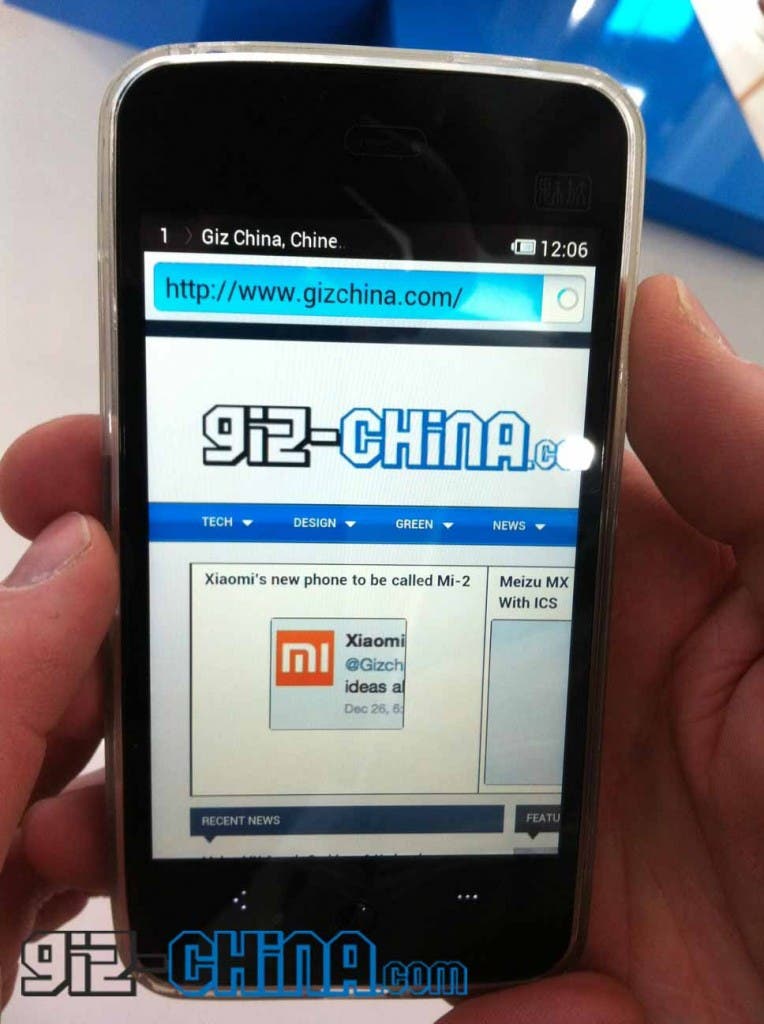 If you are in the market for a solid, well made dual core Android phone to replace the phone you have, we would definitely suggest putting the Meizu MX on your list of possible phones.

If you already have a good Android phone with a UI you like, you will definitely want to wait for the Quad core MX to arrive.

Android ICS on the Meizu MX

Come May this year the quad core MX will arrive with Android 4.0 ICS (Ice-cream Sandwich). Meizu have already mentioned that Android 4.0 with the Meizu Flyme UI will offer some new functions, other ICS phone don’t have, this could be the deal breaker the MX needs.

If Meizu can give the MX some extra functionality through the updated OS, they could well have the next must have phone!

So what do we think of the Dual Core Meizu MX Android smartphone from our brief time with it?

Well its a very well made phone, with great hardware, good camera and proven Meizu Flyme OS. The functions are on par with phones for a similar price, but we have to say the quality of the MX feels superior to other brands offering Android phones for the 2999 Yuan mark ($475).

We can’t wait to see what Meizu can do with Ice-cream Sandwich on the Quad-core MX come this May!