Chinese brand HDC have unveiled there plans for their “customs friendly” Samsung Galaxy S3 knock off and it looks every bit as amazing as the real phone!

Chinese Android smartphone brand HDC have been flying under the legal radar in China despite the fact the company primarily specializes in manufacturing high quality knock off devices.

Even though HDC manufacture HTC One S clones in China along with an exceptional Samsung Galaxy 2 clone, the company have managed to stay legal due to the fact they (claim to) never use other company’s trademarks or branding.

Use this way to circumnavigate the law, HDC are currently preparing to launch their next Android smartphone which looks very much like the all new Samsung Galaxy S 3 phone!

The knock off Samsung Galaxy S 3 will be available on sale in a few weeks, but pre launch models have been spotted out and about with initial reviews being extremely good!

One Chinese tech journalist even commented that he thought the new HDC S3 clone managed to fool him on first appearance!

I just think it is original, because it not only has sililar appearance, but also imitated new Galaxy S3 interface, background picture, and all are based on Android OS.

like all of HDC’s clones, their Samsung Galaxy S3 knock off boasts some amazing features with the the specification looking a little like this ; 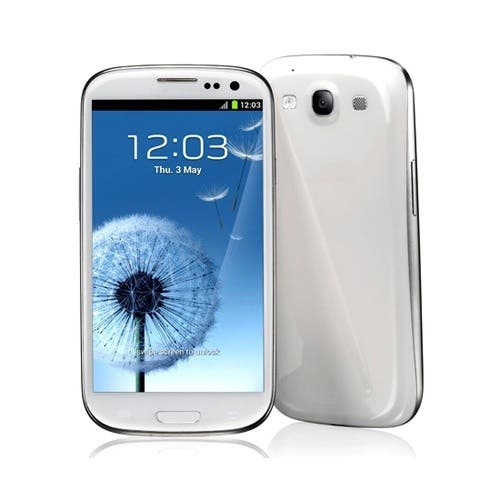