There are a couple of Chinese phones which are making us giddy with anticipation and the new Xiaomi phone is one of them, and with specifications like these it’s easy to see how this Chinese phone is going to be a Samsung Galaxy S3 beater!

Beijing based Chinese phone company, Xiaomi, will soon be celebrating their year anniversary for the Xiaomi M1 Android phone and the MIUI rom, and it’s on this anniversary (16th August 2012) when we expect the next generation quad-core Xiaomi Mi2 to launch.

Leaked specifications and features of the Xiaomi M2 have been all over the net for the past few days, with leaked images of the packaging, photos and even rumored benchmarks all slipping on to the web, and we’ve even had some hint at the specifications too, but nothing so detailed as the information we now have.

According to our sources the Xiaomi M2 will be on sale very soon for 2499 Yuan which is just a few dollars shy of $400. 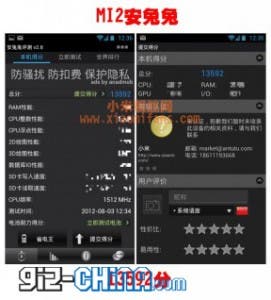 As we already know and the M2 will feature a Qualcomm Snapdragon APQ8064 processor which, according to new reports is capable of running at 2.5ghz! It is likely that Xiaomi will launch the M2 running at something closer to 1.5ghz and will likely up the speed with software updates while also optimizing battery life.

Our new source also claims that the new Xiaomi phone will get 1.5Gb RAM, which goes against everything else we have heard, but also makes more scense considering the speed for the chip.

After posting the rumored Xiaomi M2 benchmarks here, some readers pointed out that one possibility for the faster performance could be due to a lower res screen. According to reports the new Xiaomi will get a 4.5inch IPS display with a resolution of 1280 x 720, which is personally more than enough for me. 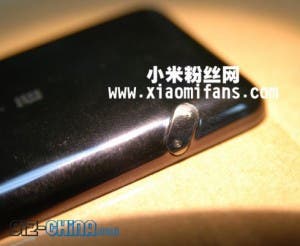 The M2 is also rumored to have a dedicated shutter button for the cameras as shown here in this leaked photo of the Xiaomi M2.

While we have had rumors suggesting the Xiaomi Mi2 could run Windows 8 or even be a dual-boot Windows/Android phone, it seems the M2 will still be Android only , and will ship with Android 4.0 Ice-cream Sandwich. We are likely to be treated to the most up to date version of ICS with the latest MIUI V4 ROM also, with an Android 4.1 Jelly Bean update coming in later months.

The battery department is where a lot of people are worrying. With all these great functions on tap what size battery will the M2 have? Weve heard worrying small 1700mAh batteries could be used, however our source suggests a 1930mAh battery will be used, which with new Qualcomm CPU should see the Xiaomi M2 last a from morning till night on a single charge.

Our source also suggested that Xiaomi could be getting their own Siri competitor and stated the new M2 will feature world navigation with voice feedback and recognition! This alone is a killer feature one which I could surely make use of! 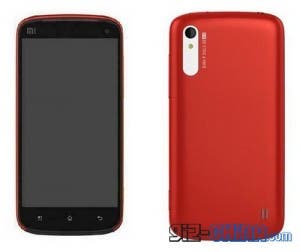 Xiaomi M2 Specifications at a glance

What do you guys think of these specs? Will the Xiaomi M2 be the phone to catapult the Chinese phone maker in to the international market or are they trying to cram too much in to low of a price point?