I think we can all easily agree that Chinese Android phones have come on leaps and bounds over the past 12 months, but what about Chinese tablets? Well they seem to be pretty awesome too! Case in point the PIPO M1 Android 4.1 Jelly Bean Tablet!

PIPO might not be as well-known as other Chinese tablet brands such as Ainol and Zenithink, but if their tablets are as good in the flesh as they look on paper I think we’ll be seeing a lot more of them very soon!

The PIPO M1 is the company’s 9.7 inch Android tablet offering and boasts an IPS display with 180° viewing angle and 1024 x 769 resolution, which isn’t bad for a tablet which costs just $216!

If the screen isn’t doing it for you then you will be excited to know that the latest version of Android, Android 4.1 Jelly Bean comes installed as standard and there is a Rockchip RK3066 dual-core CPU clocked at 1.6Ghz running the show along with a Mali 400 GPU and 1GB RAM!

AnTuTu tests on the PIPO M1 have the low-cost Chinese tablet scoring an impressive 7861!

There are also front and rear cameras both of which are rated at 2 mega-pixels which means you get a great video chat camera and a not so great photo camera, but that’s fine because who uses a tablet to take photos with anyway? (I’ve seen far to many taking photos with their iPad’s!) 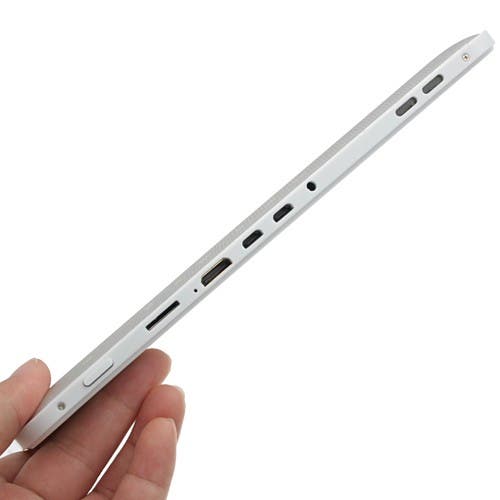 Unfortunately there is no 3G but there is built-in Wi-Fi, Bluetooth and a large 8000mAh battery which is reported to last around 8 hours.

If you want to pick one up head over to Pandawill who are selling them for $216 with free international shipping.

Next HDC Update Their HTC One S Clone with 1.2ghz CPU