I reported a few days ago that the new Oppo T29 was to have a huge battery capacity of 3000mAh, well it turns out info was a little off and the T29 will actually be packing a monstrous 3150 mAh battery! That’s almost double the size of most Chinese Android phones on the market!

Oppo have given the Oppo T29 a 4.5 inch screen with a resolution of 960 x 540, a rear 8 mega-pixel camera and a front camera of just 0.3 mega-pixels will take care of video calls in all its grainy quality! 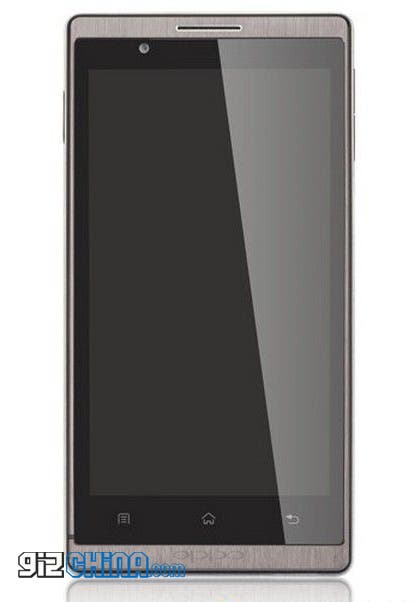 Despite having that huge battery inside, the T29 isn’t the fatest phone in the world measuring in at just 10.65mm wich is exactly 4mm more than the Oppo Finder 3.

Powering this brushed metal phone is a MediaTek MT6577 Dual-core CPU running at 1Ghz with 1GB RAM and 4GB ROM there will also be room for an SD card too.

If you are the type of phone user who enjoys watching a lot of video, playing a ton of games or burning through your 3G online then the Oppo T29 could be the phone for you to look out for!