Chinese phone brand Mogu (Mushroom in English) are new to me, but according to Chinese news reports this fungus named company are in the process of launching their second phone called the Mogu M2 with dual-core CPU, 1GB RAM and $100 price tag!

Mogu are a small Chinese phone brand which started making phones with their M1 phone which featured a 3.5 inch Retina display, single core MT6575 CPU, 512MB RAM and 5 mega-pixel rear camera. As is the norm with most Chinese brands of this calibre, Mogu managed to sell out the entire stock of M1’s via online pre-sales.

As their previous phone has managed to capture the Chinese phone buying public’s imagination Mogu have turned their attention to launching the Mogu M2 as seen here. 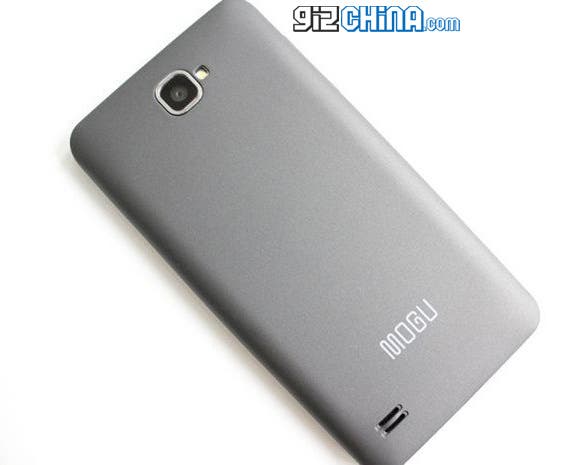 Originally the M2 was going to feature the same specification as the M1 only with a newly designed exterior, but with rising competition and component costs dropping they have decided to make a few upgrades.

The new Mogu M2 will feature a dual-core MT6577 CPU with 1GB RAM and a 5 mega-pixel rear camera, which put’s it in a similar league as the JiaYu G2 and Zopo ZP500+ (except it is much cheaper than the Zopo and has more RAM!).

Design wise Mogu have gone for a Xiaomi M2 inspired look for their new phone, which might be the reason for them naming it the M2 also. 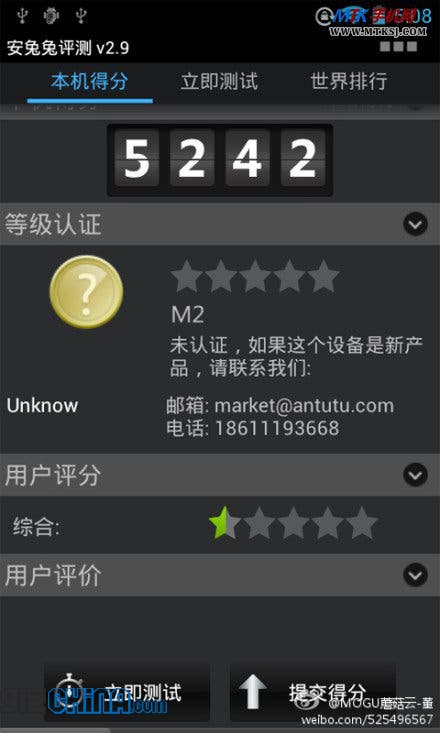 The Mogu M2 MT6577 phone shown in the photos here is a prototype, but as you can see from the AnTuTu benchmarks it seems Mogu’s engineers have gotten Android 4.0 ICS running pretty well on the dual-core CPU as it has managed to score an impressive 5242.

Prices look set to be around 599 Yuan ($100) when launched which as usual hasn’t given an official date.