Chinese iPhone 5 clone makers have waisted no time manufacturing and launching some sweet looking knock-off of the latest Apple phone. The ZoPhone iPhone 5 clone is the latest in what I imagine to be a long line of Android based iPhone 5 wannabe’s which features great apps like Google Maps :p

Hot on the heals of other Android based iPhone 5 clones such as the GooPhone i5, Hero H2000+ and this still unnamed clone, Chinese phone maker ZoPhone has launched replica iPhone 5.

Like many of the iPhone 5 clones which have surfaced over the past few weeks, the ZoPhone actually looks like a great phone in its own right thanks to a solid specification of proven parts. 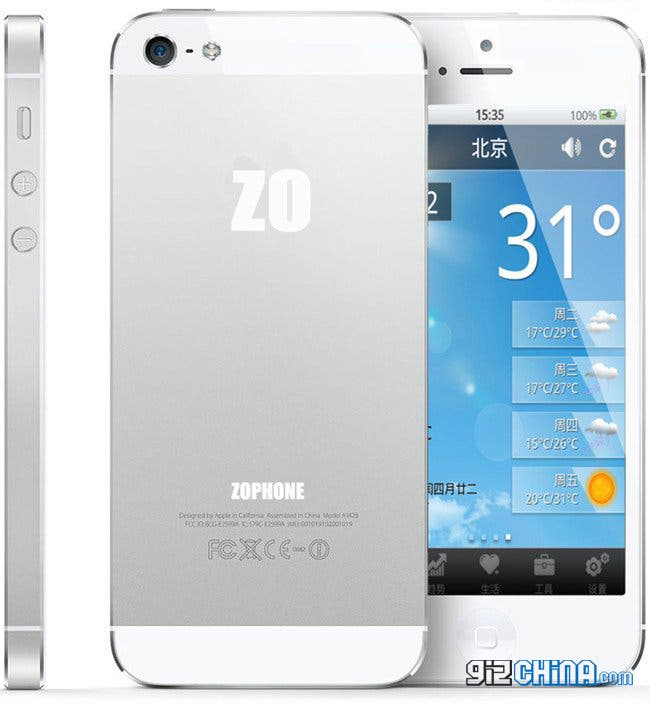 On paper the ZoPhone specification looks like it could rival the popular JiaYu G3, and manages to match the genuine iPhone 5 in some respects such as the 4 inch screen which features a resolution of 1136 x 640 and 326ppi!

Under the iPhone 5 ‘inspired’ body the ZoPhone is equipped with a MediaTek MT6577 dual-core CPU clocked at 1.2GHz, there is also 1GB RAM, 4GB ROM and a micro SD card slot to boost storage capacity.

ZoPhone have opted for an 8 mega-pixel rear camera on their iPhone 5 clone which I’m sure is good but judging by the price won’t be on par with other Chinese phones such as the Xiaomi M2 for image capture. 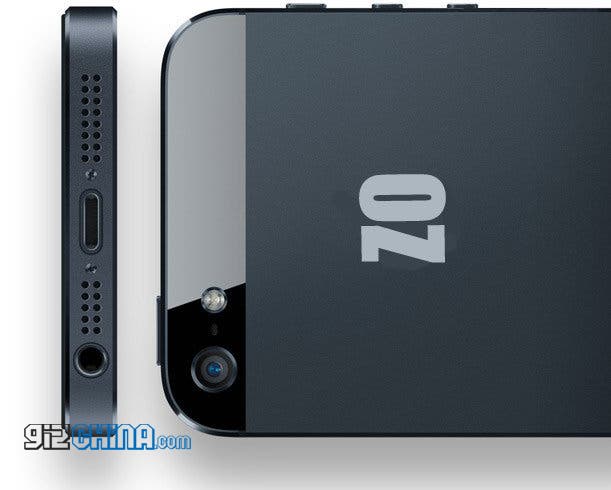 Speaking of price ZoPhone have announced their iPhone 5 wannabe and GooPhone i5 competitor will go on sale for a rather reasonable price of just 1099 Yuan ($174) which is likely attract a lot of attention.

The best part of the ZoPhone and other similar Android based iPhone 5 clones though is the fact you get to benefit from all the genuine iPhone 5 cases thanks to the ultra thin 7.5mm body and you don’t have to put up with the terrible maps application in iOS 6! and can actually find where you want to go with Google maps on Android.