Rumours are circulating that the next generation Xiaomi M2 with it’s Qualcomm Snapdragon CPU will be available for pre-order on the 13th October with the phone going on sale on the 18th.

The Xiaomi M2 is the new flagship phone from Chinese phone maker Xiaomi, and judging for the reviews and comparisions of this high perfomance quad-core phone it is going to be one hot selling phone!

The Xiaomi M2 has already be seen to be more powerful than Samsung’s Galaxy S3, has a rear camera on par with the iPhone 5 yet this amazing Chinese smartphone will only cost 1999 Yuan ($317) when it goes on sale later this month.

Full details and specification of the Xiaomi M2 can be found here: 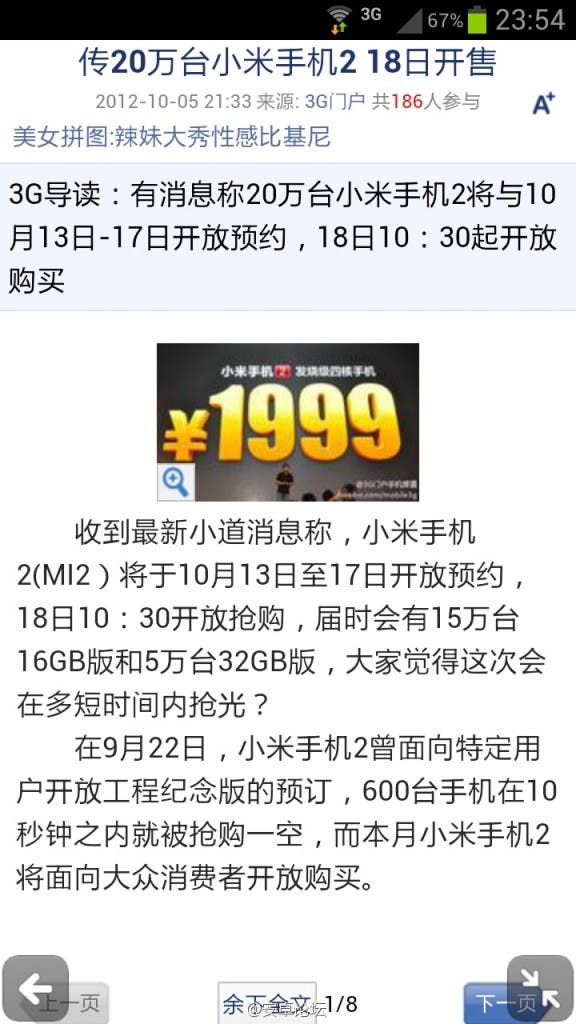 Like many Chinese phone companies, Xiaomi are opting for the (rather irritating) pre-sale method of selling their new phone, with the pre-orders rumoured to begin as soon as the 13th October and is expected to arrive with Chinese customers on the 18th October!

Both the 16GB and the newly announced 32Gb models will be available however there is no word on how much extra the 32GB model will cost.

More Xiaomi M2 news as we get it.