We’ve been overwhelmed with the amazing dual-core and quad-core phones to arrive out of China these past few months, but lets not forget that China is also home to some amazingly low cost phones too! Check out the world’s cheapest Android phone for just $57!

For $57 (360 Yuan in China) you can’t expect a whole lot from a Android powered phone, however this low-cost phone from Chinese phone brand Callbar has some surprisngly good features.

The Callbar boasts dual-cameras which is the norm for any phone these days, well except for most phones with a sub $60 price tag that is! What’s more the rear camera is a perfectly capable 5 mega-pixel unit which has this phone priced lower than many point and shoot digital cameras on the market! 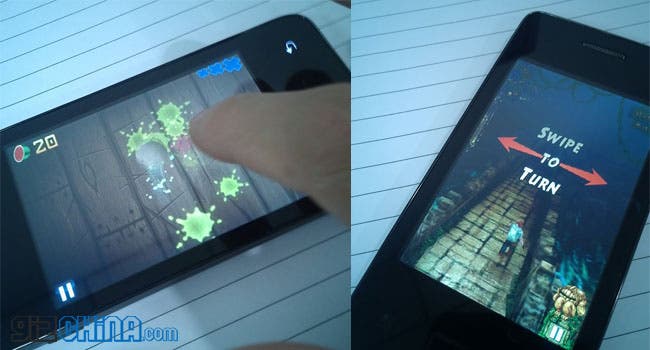 The CPU is a single core 1GHz unit and there is 256MB RAM in the world’s cheapest Android phone which might not sound like much but is more than enough to play popular Android games such as Fruit Ninja and Temple run.