If you have been following Chinese phones for any length of time you will already be well aware that Chinese manufacturers are top of their game, however there are still some who happily launch below par products.

Zenithink are a well respected Chinese tablet maker, and for 2013 they are hoping to break in to the popular phablet sector with the Zenithink N6!

The N6 has shown up in various spy shots over the past few months transforming from a rather attractive looking device to the chunky 6-inch phone you see here.

The MT6577 dual-core CPU and 1GB RAM offers fine performance and manages an Antutu score of 6678, however the 6-inch display is an extremely low resolution 480 x 800 unit! 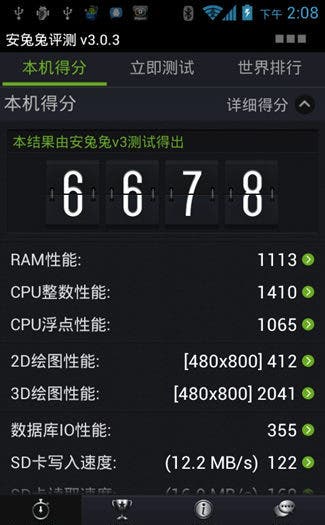 It’s unfortunate that Zenithink didn’t actually ‘think’ about this phablet before launching it, but perhaps there is a market out there (somewhere) for a large, low resolution tablet phone……

Next Gionee Elegance 2 to be first quad-core MT6589 phone?