Alcatel decided to do just like their Evo 7 and Evo 7 HD and have released two versions of the One Touch Tab 7, a HD version and a version without HD. There isn’t much difference between them, the HD version has a better resolution,  faster processor and better camera features which also means a higher price.

The One Touch Tab 7 HD is a $149 tablet running Android Jelly Bean 4.1. It has a 1.6GHz dual-core processor with 8GB of storage which you can expand with a micro-sd card. It also has a VGA front-facing camera and 2mp for the rear. 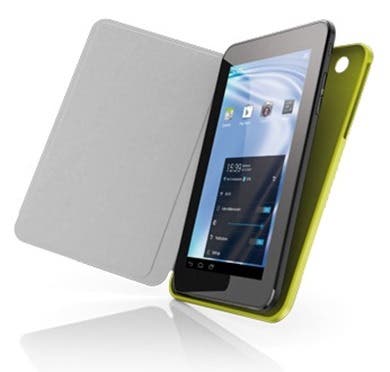 On the One Touch Tab 7 side, it has similar specs to its HD brother but with just 4GB of internal storage, a VGA front-facing camera and a really low resolution of 1024×600 display for $129.