While in Shenzhen’s Huaqiang Lu today, we had a chance to check out the Zopo factory store,  and we actually touched and used the new Leader Max ZP950 phone.

The phone’s large 5.7″ screen is bright and vibrant, and overall, the build quality seems very good. The Leader Max (ZP950) is avaible now, and was in stock for 1,999RMB in the Zopo store. 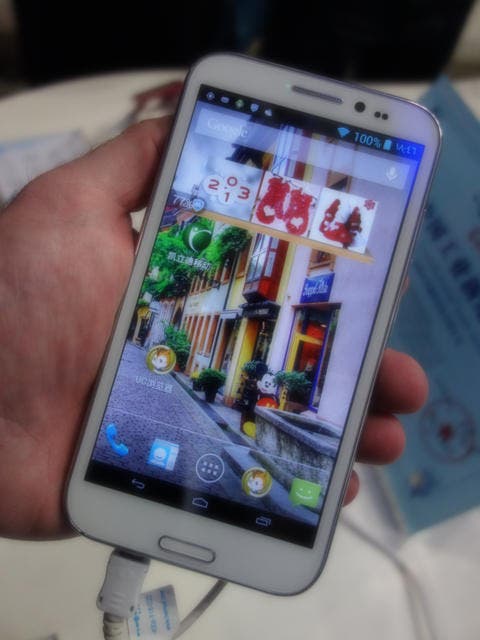 If the name of this phone sounds familiar, it’s because we covered rumors about Zopo’s Leader Max “superphone” back in November. At the time, we were told that the device would have a 5.7″ 1080p screen, a quad-core MT6589 processor, and a release date in January. Sadly, only the release date was accurate, and the aging MT6577 (clocked at 1GHz) performs poorly relative to newer processors. The screen is quite good, but is 720p, not the 1080p we expected, and the memory is limited to 1GB (due to limitations of the MT6577 processor). 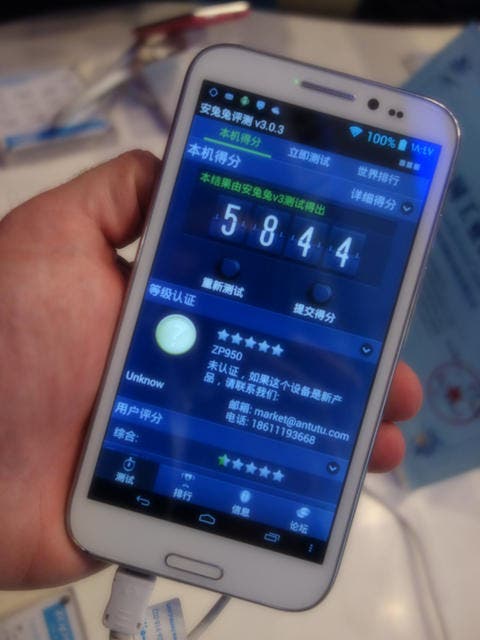 Overall, while the ZP950 feels and looks like a well built product, and it’s use of the MT6577 got it to market a few weeks quicker than if they would have waited for MediaTek’s quad-core processer.  But with MT6589 based products a few weeks away from delivery,  the sacrifice seems to much, and left us feeling that it would be better to wait and get the quad-core update.

Next Exclusive: GooPhone i5 Hands on photos