The JiaYu G4 is without doubt one of the most anticipated quad-core MT6589 phones to launch later this year, and judging by these photos the phone will be arriving on sale sooner rather than later.

We had already posted purported benchmarks for the JiaYu G4, however these appear to be much more genuine as they are seen running on the actual device rather than on a badly photoshopped mockup.

The only benchmark published is an Antutu score of 12251, not the highest we have seen from a Mediatek MT6589 phone, but still nothing to be snuffed at either! 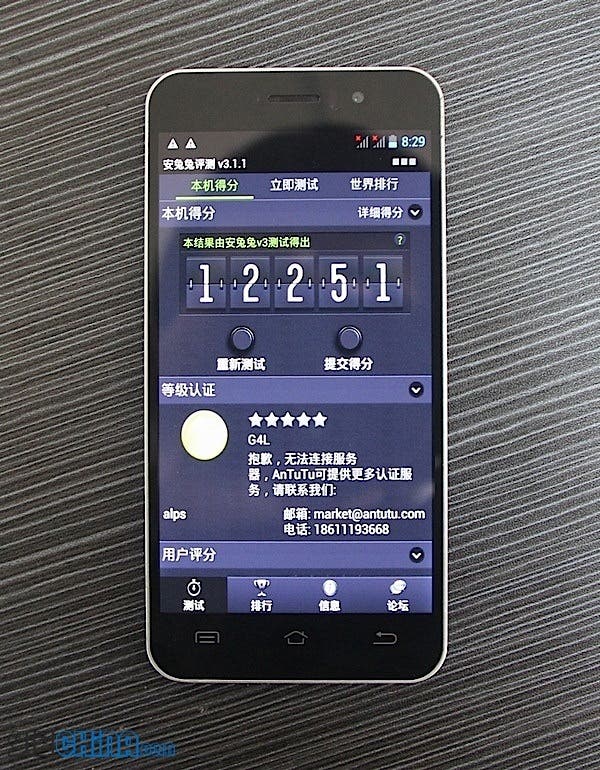 Looking closely at the phone in the photo we can see that this is the JiaYu G4L version, which is the lower spec 1GB model rather than the 2GB version also set to launch later this year. Another key feature we can see is that the G4 in the photo is in fact a dual-sim standby phone!

We also get a good look around the phone which gives the impression of a more angular design than many were expecting from the G4.

According to reports the JiaYu G4 will be officially announced by the end of February with the release date expected around March or April.

Next Poll: JiaYu Fans asked to vote on JiaYu G4 UI. Which do you choose?