Chinese phone makers JiaYu and UMi both have quad-core MT6589 Android smartphones set to make an appearance in the next few months. Let’s take a look at two of the most popular the JiaYu G4 and UMi X2.

When JiaYu launched the dual-core G3 last year, they rewrote the rulebook on what a low-cost Chinese smartphone should offer. The JiaYu G4, which is expected to launch after March, is going to raise the G3’s already high bar.

Once on the market the JiaYu G4 will start at 999 Yuan ($160) in China for the base model, with international resellers expected to offer the phone at a higher $200+ price, but even at these largely inflated prices the G4 is going to offer remarkable value for money! 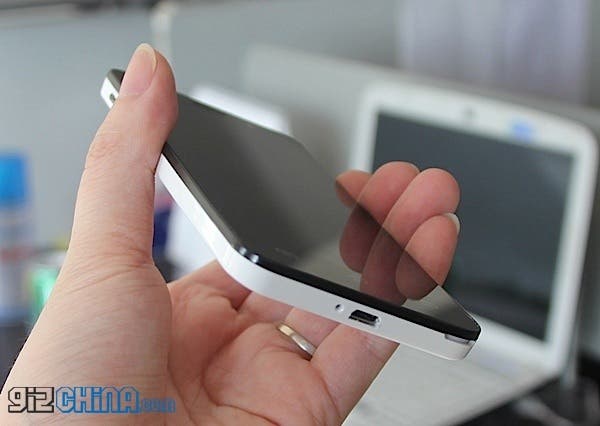 Being a 2013 Chinese flagship phone, the G4 will follow the proven MTK recipe and will feature the latest quad-core MT6589 CPU running at 1.2GHz and a choice of either 1GB or 2GB RAM. JiaYu haven’t been shy to show off the performance of the 1GB RAM version and benchmarks show the phone reaching 12,251 on Antutu.

One of the standout features on the G3 was the 720HD display, and for the G4 JiaYu have opted to boost the size to 4.7-inch but keep resolution at a respectable 1280 x 720 and PPI 312. The new panel will feature OGS technology which allows for a thinner display and an overall better user experience.

Camera’s will also be updated and the G4 will boast a 13 mega-pixel rear camera and 3 mega-pixel front camera. If the rear sensor proves to be as good as the unit on the Newman N2, then the JiaYu is going to be a very powerful device for photos let alone the usual smartphone features.

Last year UMi managed to steal JiaYu’s thunder by releasing the UMi X1 while JiaYu struggled with delays and problems with the G3. The X1 has proven to be a great phone with amazing hardware.

The UMi X2 is a complete redesign and features a body more like a Samsung device rather then than Xiaomi inspired model from last year. Pricing for the X2 appears to be on par with the JiaYu with purported retails prices set at the 1499 Yuan ($240) mark. The good news for international buyers is that reseller don’t tend to mark up UMi phones as much as JiaYu models.

As for hardware, the UMi X2 is practically a low-cost Oppo Find 5 and will feature a 5-inch 1080p display, 13 mega-pixel rear camera and quad-core MT6589 CPU running at 1.2GHz. There will only be one model of X2 which will feature 2GB RAM and 32GB of built-in memory.

Like the G4, the X2 will boast OGS technogly and a Corning Gorilla Glass screen, but in a much larger 5-inch size with a higher resolution of 1080HD 441PPI. The screen is said to be surrounded by an ultra-narrow border design which measures just 2.5mm.

Rear camera on the X2 is a 13 mega-pixel unit which is confirmed have a f/2.0 aperture and is able to recored video at 1080p.

Which do you choose?

From a hardware perspective there is very little to choose between the JiaYu G4 and UMi X2, with the only obvious differences between the 2 phones being the screen size and resolution.

But what is more important to you? Are you happy with the smaller 4.7-inch 720HD display on the cheaper JiaYu G4? Or are you willing to spend the extra money for the larger 5-inch 1080HD screen on the UMi X2? Let us know in the poll and comments below!

Previous HTC 603e to replace One SU in China?

Next Spy photos: UMi X2 turns up with X1