We are 100% sure that Xiaomi have developed a replacement to the ageing M1s, whether it’s really named the Xiaomi Mi2a or not is another question, but a newer larger and powerful phone is coming for sure!

The Xiaomi M1s is basically a slightly more powerful version of the original M1 which lauched back in 2011. It was never the most attractive phone, but it got the job done.

With the old M1s really showing it’s age, especially against the hundreds of low-cost and better spec’d alternatives from domestic phone makers, Xiaomi have wisely decided a new entry-level phone is needed.

Currently known as the Mi2A the new phone is rumoured to boast a larger 4.6-inch display, dual-core Snapdragon 600 CPU, 1GB RAM and be capable of Antutu scores above 18,000! That’s a damn site more powerful than all the quad-core MT6589 phones we have currently seen! 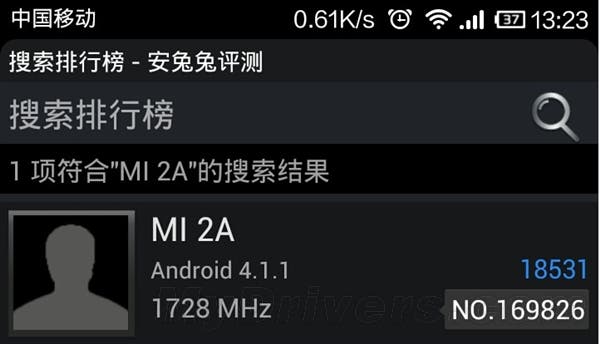 Rumours suggest the Mi2a will make a surprise launch during a Xiaomi Festival in Beijing on 9th April, and to back up those claims the Chinese phone ministry updated it’s database just yesterday listing a new cdma2000/WCDMA China Telecom phone from Xiaomi!

This along with the official MIIT images from the phone’s network license are the best evidence we could have bar official confirmation from Xiaomi themselves!

Previous Newman K1 specification signals a move back to Mediatek and some interesting choices!