Thousands of eager fans have been patiently waiting for the launch of the UMi X2, however there is still no confirmed launch date yet 2 new quad-core UMi phones look ready to pounce on the market.

The issue which is causing the UMi X2 to be delayed is optimisation of the quad-core MT6589 CPU running with 2GB RAM, but as the new quad-core UMi phones only use 1GB RAM they are already ready to ship.

The first quad-core UMi phone to launch will be the UMi X1s. The X1s is an updated version of last years dual-core phone and features a 4.5-inch 720 display, 8 mega-pixel rear camera and rather thin 8.9mm body.

Pricing for the X1s is expected to be as low as the phone it replaces, meaning a 899 Yuan ($144) price tag is very likely! 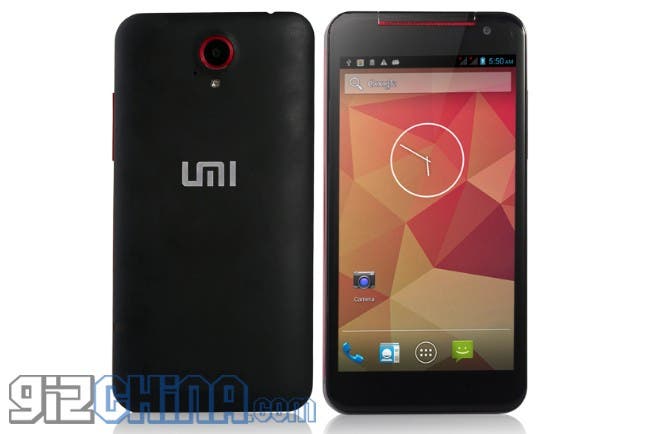 The second MT6589 equipped UMi phone to launch is the HTC Butterfly inspired UMi S1. The S1 neatly sits in between the X1s and X2 in both hardware and pricing and features a 5-inch display, 1GB RAM, 5 mega-pixel front camera and 12 mega-pixel rear!

Both the X1s and S1 will run Android Jelly Bean 4.2 from launch and are expected to be in stores from mid April!

As for the X2, UMi are said to be sending out review units of the phone some time this month, but as rival JiaYu have set back the launch of it’s 2GB G4 to May, we won’t be surprised to hear of a similar time frame for the X2.