The iNew I2000 is an affordable phablet with 5.8-inch display, quad-core processor and decent front and rear cameras.

They aren’t everyone’s ‘cup of tea’, but large screen phones are part of the norm now and unlike just a year ago the prices and specifications are on par with their smaller screened siblings!

From iNew, the I2000 phablet measures in at a pocket bulging 5.8-inch and shares a passing resemblance to the Newman N2, making it more oblong and (modern?) blocky looking than some of the Samsung designs we have grown accustomed to. Styling has been kept to a minimum as has branding, but the phone does come in a choice of white or grey bodies.

As for the specification it all looks spot on for a phone of this price, especially one costing just $225 for international shoppers. The processor is the popular 1.2Ghz quad-core Mediatek MT6589, with 1GB RAM on tap and a choice of either 4 or 8GB of built-in memory. 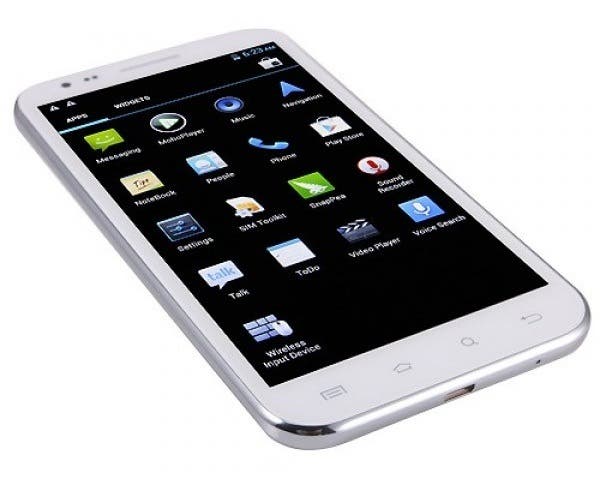 A rear 8 mega-pixel camera is about what we would expect for the money, but the 5 mega-pixel front sensor is an added bonus which many phone and phablet fans will be happy to see.

Being an MTK phone you also get dual-sim support, SD card reader and Android OS, however on Andorid 4.1.2, an updated is being planned.

The iNew I2000 is available now from SpeMall where they also have full specifications listed.