According to a white paper (download here in Chinese) which Mediatek published today, the benefits of running all 8 cores at once include better energy efficiency, higher performance and up to a 20% increase in 1080p video frame rate. 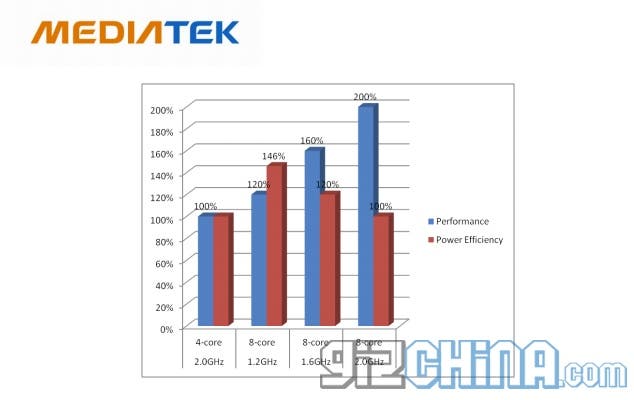 The Whitepaper goes on to tell the benefits of a true 8-core chipset, however the actual official specifications are still missing! Earlier reports and leaks suggest that the MT6592 will features a mulit-core Mali GPU and will run 8 A7 28nm cores at unto 2ghz. The chipset will support 1080 display, HEVC and VP9 decoding, 13 mega-pixel cameras and will be able to run Android 5.0 OS.