Earlier this morning Google officially launched Android 4.3 for modern Nexus devices, but Xiaomi Mi2 owners can live in hope that they will also get an early update too!

Currently MIUI V5 is based on Android 4.1.1 Jelly Bean, however Xiaomi have done an excellent job of including most of the Android 4.2 features in the MIUI ROM. In fact this is likely to go on until the release of Android 5.0 as Xiaomi have no intentions of upgrading MIUI until then. 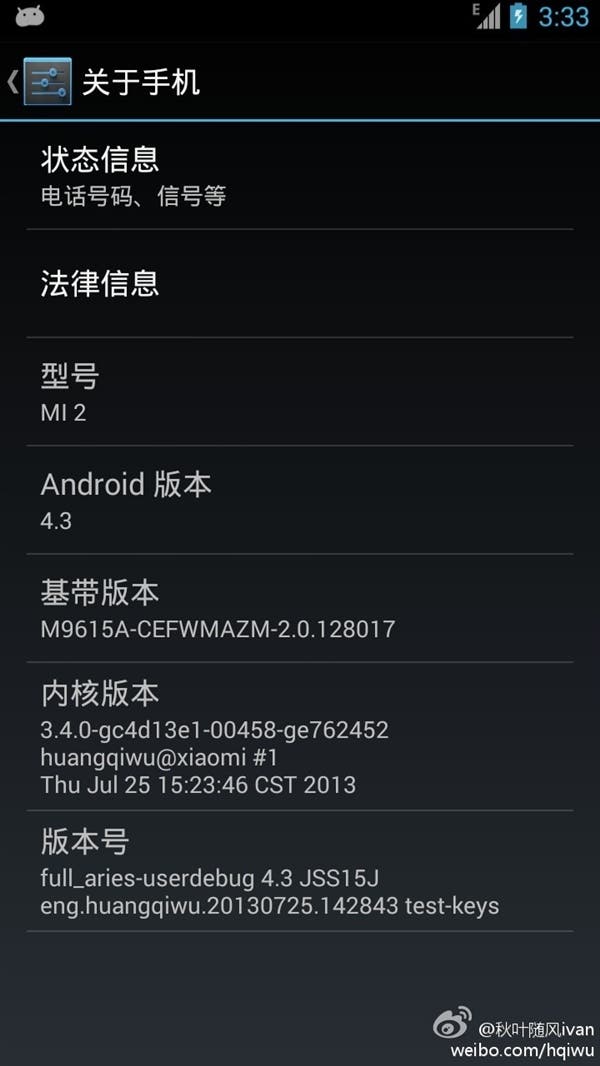 But just because Xiaomi aren’t making an Android 4.3 based update for their phones does’t mean it isn’t coming!

Android ROM developer @Akiba has already managed to take the Android 4.3 ROM intended for the Nexus 4 and port it over to the Xiaomi Mi2 which can be seen in the above screenshot. We are currently looking for a download link for this ROM to test.