The Vivo X3, also known as one of the few phones out there able to give you a paper cut will go on sale later this morning in China.

The Vivo X3 follows the same design basics and the X1 and the Xplay which have gone before it, only the X3 is a wafer thing, and we do mean wafer thin 5.75mm! That’s thinner than the Huawei Ascend P6 and not much thicker than the Umeox X5 (but the thickness gives you an LED flash and 3.5mm headphone jack).

So at 5.75mm the X3 manages to be the world’s thinnest and most useable Android smartphone, but it is also feature packed too. Like the X1 and Xplay the X3 has Cirrus Logic enhanced stereo sound, 1.5Ghz MT6589T quad-core processor, 5-inch display, dual-sim support and still manages to pack a 2000mAh battery. 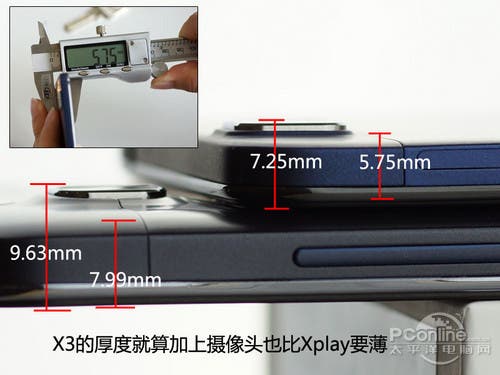 Some Chinese tech sites have already received their review phones from Vivo, and we can expect verdicts on how good/bad it might be over the coming days.

Next Xiaomi now a $10 Billion company!