Samsung have officially taken the veils off the 3rd iteration from the popular Galaxy Trend series, the Galaxy Trend 3. The device will succeed the previously released Galaxy Trend 2 which came in earlier this year.

A quick look over the specs sheet will remind you of the Samsung Galaxy S2, a device which enjoys cult following from users around the world. The Galaxy Trend 3 will come with a 4.3 inch WVGA (800x480p) screen, an 1,800mAh battery, a 3MP main camera and of course, support for dual SIM. 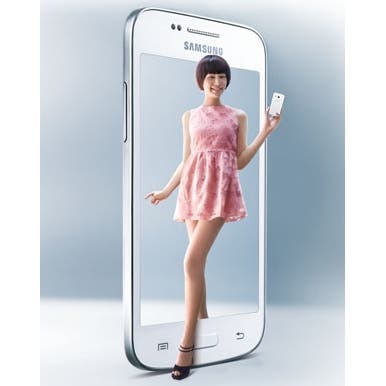 The South Korean giant did not unveil how much RAM and internal storage the device will have on offer. However, the device will come with a microSD slot for storage expansion. The phone will come with the regular set of connectivity features including 3G, WiFi, GPS, etc. but will not have support for NFC as well as LTE, which makes us believe that the device will be targeted at the budget and low-end smartphone market in China.

The Galaxy Trend 3 will come in 4 variants according to Samsung’s official website, which includes an unlocked SM-G3502U, SM-G3502 for China Unicom, SM-3508 for China Mobile, and the SM-3509 for China Telecom.

Next Vivo Going for Gold with new Gold Vivo X3