Every wished you could roll your phone towards you and quickly check the time? No, neither have we, but that is just one of the features of the new Samsung Galaxy Round!

Android smartphones and curved glass have been around for a while now, but the new Samsung Galaxy Round takes the concept a little further by not only curving the screen inwards but the whole phone to match.

What this gives you is a 5.7-inch 1080 phone which is curved rather than flat, allowing you to tilt the device toward you to check the time, notifications etc, check it out in the video below.

If you can look past the odd curvature of the handset, the Round looks pretty much like any other Samsung phone on the market, but one with some seriously beefy hardware!

Powering the Galaxy Round is a 2.3Ghz quad-core processor with 3GB RAM! There is also 32GB of on board storage, 2800mAh battery, 13 mega-pixel rear camera and Android 4.3 Jelly Bean as standard. 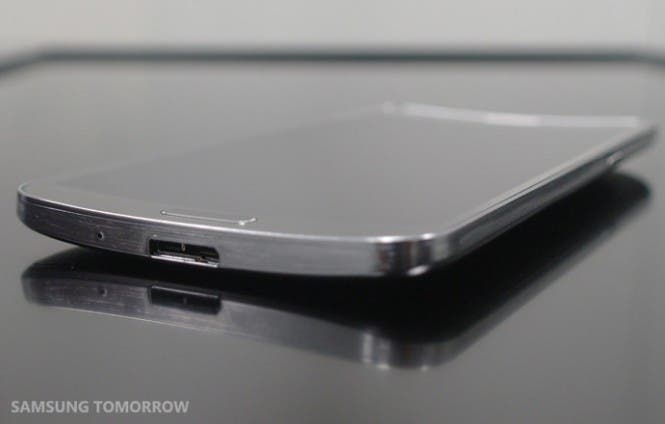 Samsung have only released the device in Korean where it costs $1015, an international launch has not been stated yet.

Previous The HTC One, now in Gold!

Next Lenovo rumoured to be in talks to buyout HTC