Photos of the Xiaocai G6 show that this Chinese phone start-up have big, phablet shaped ideas.

As the end of the year approaches Chinese phone manufactures are preparing to launch new models in time for the holiday season. Xiaocai are now different and along with an updated version of the X9, and an iPhone 5C clone, they are also going to launch their first phablet device. 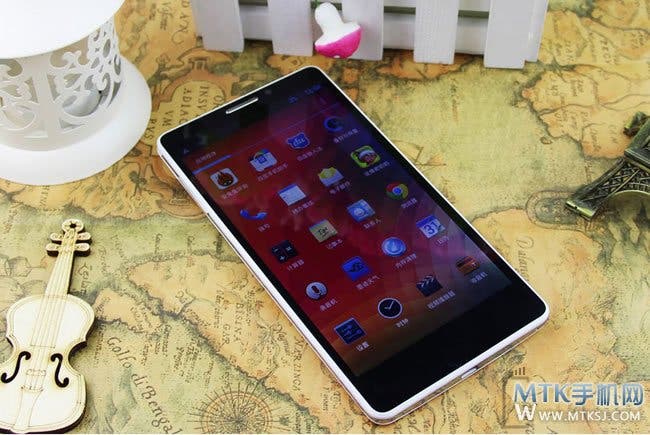 The Xiaocai G6 is a 6-inch Android phablet running a 1280 x 720 display, 1.5Ghz MT6589T processor, 1GB RAM , 4GB of built-in storage, 5 mega-pixel front camera and 13 mega-pixel rear. Judging by the lower RAM and pixel count we will see the G6 battling it out toward the lower end of the price spectrum.

Next 7.8mm T-Win packs, quad-core processor and NFC in a waterproof body