While it’s been raining quad-core and full HD smartphones, here’s one which breaks the routine – the ZTE Switch X1. The device was spotted at the WiFi certification database, where we take a  look at its specs sheet.

The device might be ZTE’s first from their ‘Switch’ series, going by the listing, which doesn’t give away much. The device will be running Android v2.3 Gingerbread which is seen as outdated now. The entry-level phone will, however, have support for 3G (WCDMA). The ploy might actually work in ZTE’s favor, since there aren’t many manufacturers offering uber low-cost Android devices, with most concentrating on high-end devices. 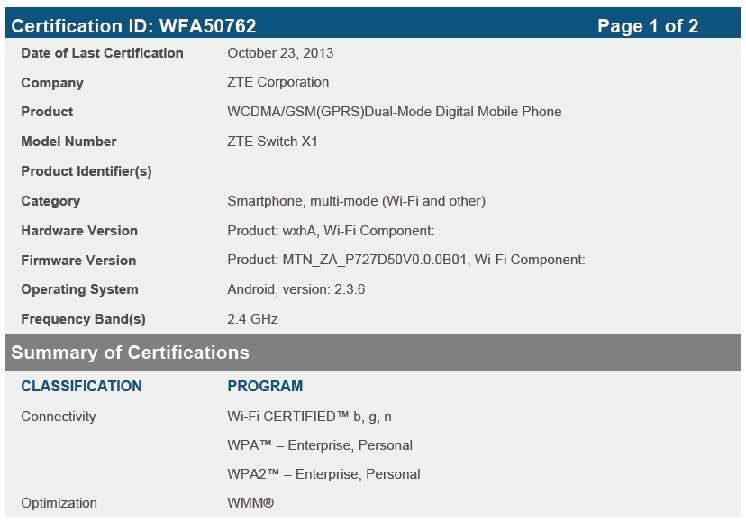 ZTE have managed to grab headlines of late, with the company taking the overseas market seriously. Not long ago, the Chinese manufacturer announced the U988S which according to them was the world’s first Tegra 4 powered phone.

Next Samsung Exynos 6 to feature 64-bit processing, Galaxy S5 might be the first to flaunt