Here’s another look at the flagship Pomp C6, a phone which we have seen leaks and rumours about over the past few months and looks amazing value for money!

After a sneak peek at the specifications a few weeks back, the device has officially been launched in China. Measuring under 8mm thick and accompanied by a sleek and stylish design, we think the device is quite a looker! Featuring a 5.5-inch 1080p screen, the C6 packs a quad-core MT6589T processor running at 1.5GHz along with 2GB of RAM and 16/32GB of ROM. On the imaging front, the C6 does a 13 mega-pixel rear and an 8 mega-pixel front camera, with a dedicated shutter button. The device will come with a 3,000mAh battery and will have OTG, MHL,NFC and dual SIM capabilities. 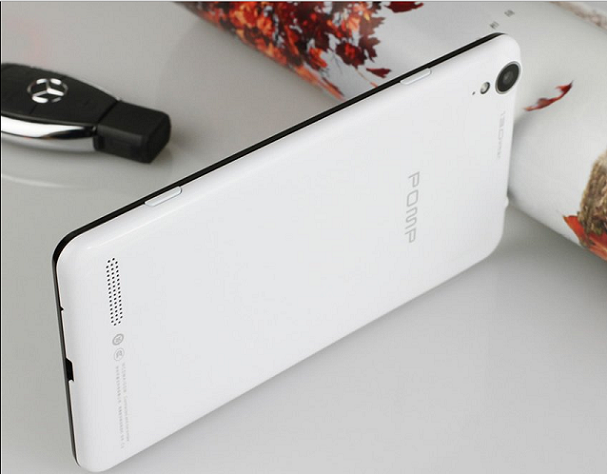 Do you think this is a wrong time for Chinese manufacturers to come up with quad-core phones, or would you be willing to go for one at a stage when eight-core ones are just round the corner?