Earlier today we posted this hands on video with the never before seen Zopo ZP700 smartphone, on the recommendation from a few GizChina readers we downloaded Antutu X and retested the phone. Here are the results.

With the past news headlines of some well known phone brands cheating the system and getting better than deserved Antutu scores, Antutu X has been released in the hopes iof ignoring whatever optimisations and cheats a manufacturer may load on their phone and reporting a more accurate score.

We had already tested the Zopo ZP700 with a standard Antutu installation which gave us a benchmark of 17,068. A score which seems to good to be true for a phone using an entry level quad-core processor. 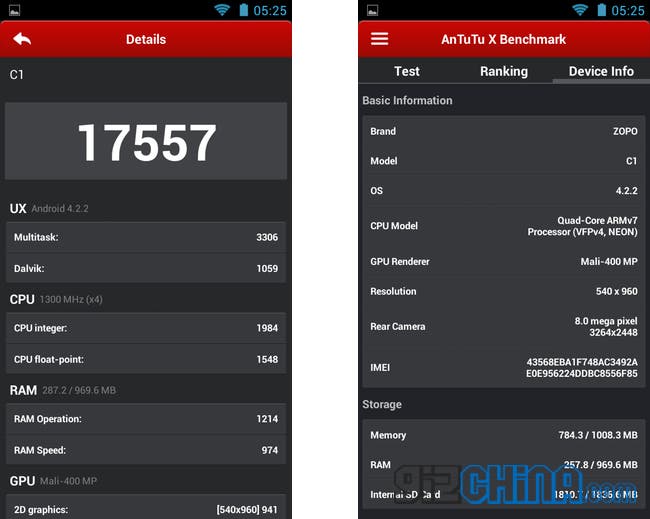 So how did the new Zopo do with the new software? Even better! After installing Antutu X we managed to record a new record for the ZP700 of 17,557 points! Very impassive for a 1.3Ghz MT6582 phone with 1GB RAM!

We’ll be sure to test all phones with both versions of Antutu in the future to see if we an uncover any cheaters!