Weibo is great place to find leak and spy photos of the latest phone hardware, but we don’t usually get the leaks directly from the companies behind the secrets, unless of course you watch ARM’s official account! 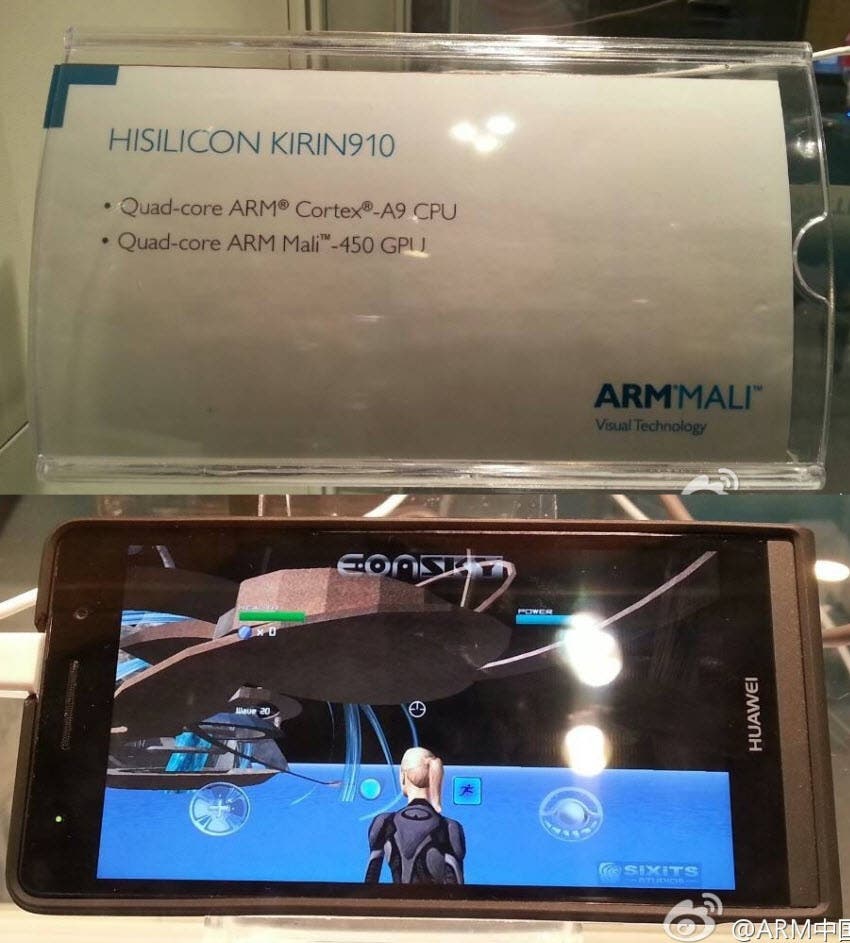 The company posted a photo of a phone using a Hisilicon KIRIN910 processor with quad-core Mali 450 GPU. For those of who don’t know, Hisilicon are Huawei’s own processor decision, and to make matters even worse (for Huawei) the photo even showed the Huawei P6S with the a comment talking about the “perfectly smooth gaming experience”. The leak comes days after an ARM exec leaked details of Samsung’s 64bit ambitions to the Korean times!