Meizu are slowly clawing their way back in to the hearts and minds of Android phone fans, with new rumours, international launches and partnerships which may hint at a CyanogenMod future!

Over the past few months Meizu have changed the way they think and how they what to be seen by phone fans. Traditionally Meizu have been firm believers in their Flyme ROM and despite customers complaints and criticisms of the custom ROM the latest version is actually a very nice ROM indeed! Still times are changing and Meizu have realised with with an upcoming Ubuntu powered phone, a scheduled launch in the USA and possibly 3 new phones in the near future. 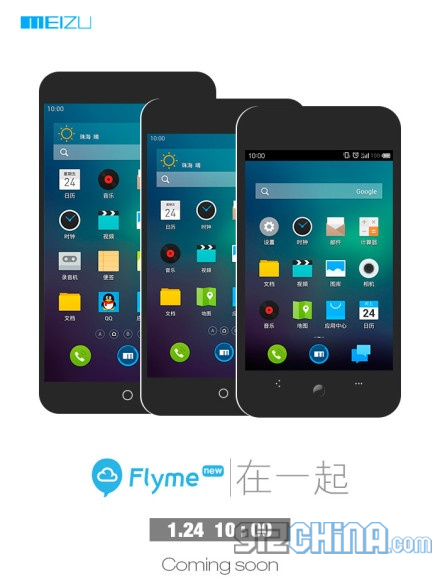 It’s an exciting time to be a Meizu fan, and there is a chance that things could become even more exciting!

On the 24th of this month Meizu will release a new version of Flyme which they have worked on with Chinese tech giant Tencent. The update will be available for the Meizu MX, MX2 and current MX3 and it’s main feature is the incorporation of QQ, Tencent’s hugely popular chat application.

This might not seem like much on the surface, but if you dig a little deeper this partnership with Tencent might have larger possibilities such as an official CyanogenMod ROM for Meizu phones!

CyanogenMod’s most recent backer happens to be Tencent who have invested a considerable amount into the ROM developer. Tencent also happens to own Shuame, the most popular ROOT and flash tool for Android device in China, and not it has teamed up with Meizu!

We could be grasping at straws here, but the possibility is there and we would personally love to see CyanogenMod arrive on Meizu’s phones!

Next Motorola CEO admits a $50 smartphone is in the works