We might not like it, but clone, and knock off phones are one of the reasons Chinese phones are so famous (infamous), Here are our top 10 dual clone phones from China.

To be a top clone

The requirements of being a top clone are simple:

We haven’t listed any phones here which have fake branding, only those devices which have the look of more expensive products from other brands. 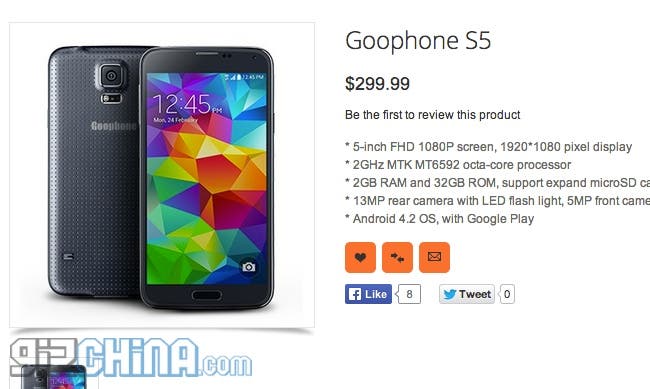 Let’s start with the GooPhone S3 which attempts to be the low-cost alternative too the all new Samsung Galaxy S5. The GooPhone S5 has the same ‘band aid’ look which is loathed by many Samsung fans and will eventually come in a range of colours (including band-aid brown).

Pricing is just $300 off contract and unlocked, not a bad price for a phone with a 5-inch FHD 1080P display, 2.0Ghz octacore Mediatek processor, 2GB RAM, 32GB memory and 13 mega-pixel camera. The GooPhone S5 also has dual SIM support, Google Play and room for an SD card. 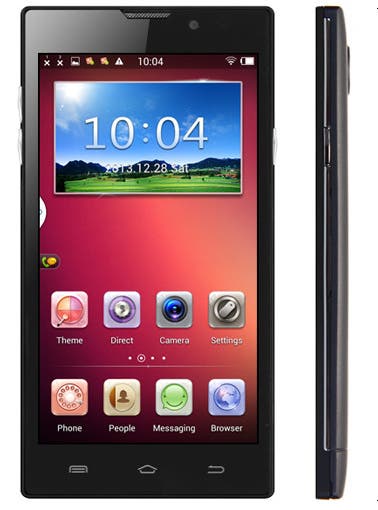 Ok so the Star HD5000 isn’t an out and out knock off of the Xiaomi Hongmi, the sides and rear are slightly different, but the face of the phone is exactly the same! Star have also gone down the same low-cost, big value route as Xiaomi by offering this 5-inch 720p phone for just $140 (international price) with a quad-core processor, 1GB RAM, SD card bay and dual SIM support.

OrientPhone One Max – HTC One clone 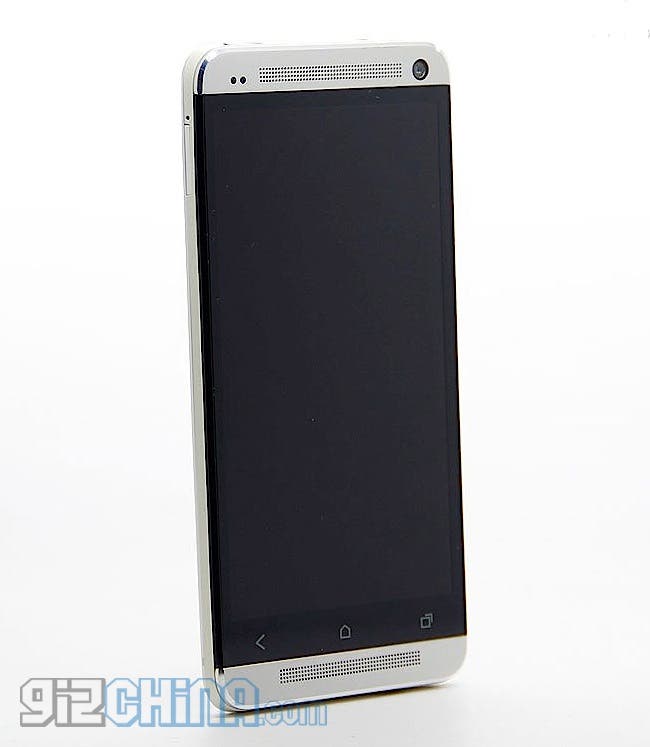 $245 is the asking price for this rather impressive metallic bodied HTC One knock-off. The One Max has been on sale for a few months now and runs a quad-core 1.5Ghz MT6589T processor, 2GB RAM, 5-inch FHD display, dual-sim and 8 mega-pixel rear camera. Other features include MHT and OTG. 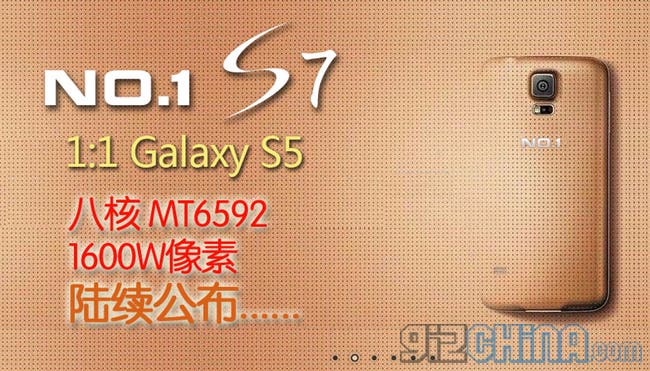 No.1 first told us that they planned to launch the No.1 S7 way back in January. Just this past week they got in touch and told us the phone was on the way and even provided photo shopped Galaxy S5 photos to ‘prove’ it (in true knock of factory fashion). Specs are unclear but they have told us their Galaxy S5 clone will run an octacore MT6592 processor and have a 16 mega-pixel main camera, if this is true then it will be a first!

To make this list it would have been quite easy just to copy and past the entire GooPhone website! This time GooPhone have cloned Vivo, a premier Chinese phone maker (and big brother to Oppo). The GooPhone X3 is a clone of the Vivo X3S and in terms of most hardware is on par. The display is a 5-inch 720p unit, a 1.7Ghz octacore processor runs the phone, but the GooPhone has 2GB RAM rather than the Vivo’s 1GB. 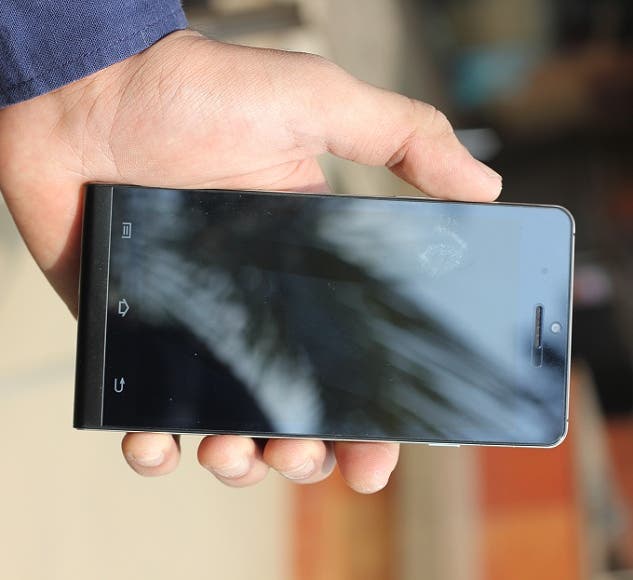 Another clone of a popular Chinese phone. The [easyazon_link asin=”B00HVWGJE6″ locale=”UK” new_window=”default” nofollow=”default” tag=”gizchicom-21″ add_to_cart=”default” cloaking=”default” localization=”default” popups=”default”]Jiake P6[/easyazon_link] has the same stylish design as the Huawei Ascend P6, but only costs $180. Like many phones of this price the Jiake P6 is powered by the excellent quad-core MT6582 chipset with 1GB RAM, there is also a 5-inch 720p display and space for dual sim cards and a memory card! 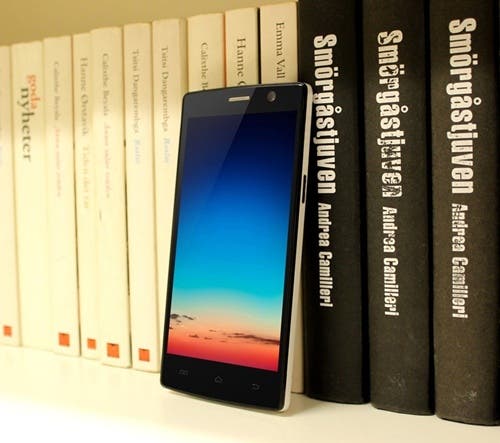 The Neken N6 has been on sale for a while now, but the Neken N6+ is the all new octacore fire-breathing version, which just so happens to look like the Oppo Find 5. Other features of this $272 smartphone include a 5-inch 1080p OGS display, 2GB RAM, 5 mega-pixel front camera, 13 mega-pixel rear and dual sim support. 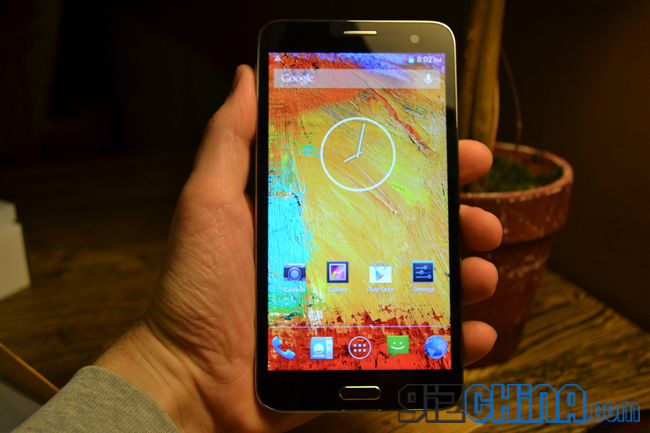 Another Samsung clone, and another entry to the list by GooPhone. The octacore Goophone N3 has a 5.7-inch 1080 display, 2GB RAM and 13 mega-pixel main camera, and really impressed us during our review. Pricing is $239.99 for the dual sim unlocked Note 3 clone. 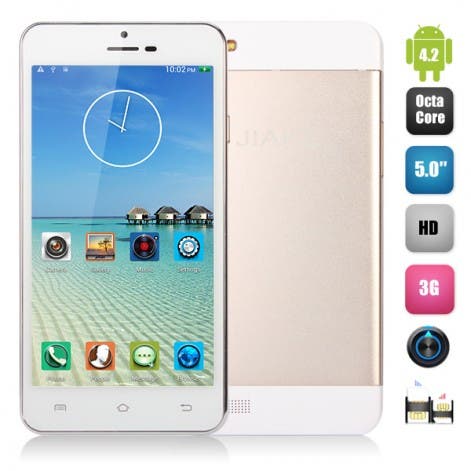 Vivo get cloned again and this time it is Jiake taking a crack at the Vivo X3S. Like the GooPhone above, the Jiake X3S has a 5-inch OGS 720p display, 2GB RAM, 16GB memory, and 1.7Ghz octacore Mediatek processor. The Jiake isn’t as thin as the real Vivo phone but does get space for dual sim, micro SD and has a removable battery. 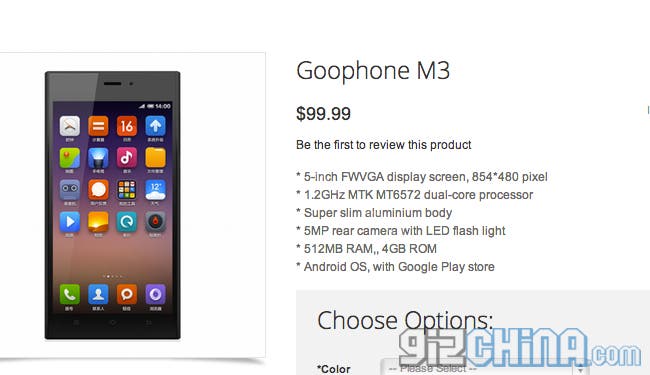 If you’re getting cloned it is a sign that you are now part of the big time. So for Goophone to target the Xiaomi Mi3 is a sort of back-handed compliment. The GooPhone M3 doesn’t have the same high-end hardware as the Xiaomi, but it only cost $99 so we can cut it some slack. Main features are a super slim alloy body, 5-inch display, and 1.2Ghz dual-core processor.

There are hundreds of other clone phones which could have made it on the list including the new Smartnote X1 which is a clone of the Vivo X3S, and the GooPhone M8 a knock off version of the unreleased HTC One 2, that’s not including all the iPhone clones out there.

Which knock off, clone phone do you like? Do you own a clone? What are your thought of Chinese clone companies? Let us know in the comments.