After receiving the JiaYu S2 yesterday, we have spent the whole day with it today. Benchmarks and gaming video, plus day 1 impressions.

After receiving the JiaYu S2 yesterday and filming the unboxing and hands on, I quickly set about setting the phone up with my usual apps and settings ready to put it through its first day of real use today.

First off let’s start with the battery. The 2000mAh battery in the JiaYu S2 is a sore point with many readers, some of whom have stated that they would forgo the 6mm body for something slightly thicker for an increase in battery size. After a day of use though, I have to say that battery life is pretty darn good! Starting the day at 6:30am, I have used the JiaYu S2 for Wechat, left 3G and WIFI on constantly, taken numerous photos, searched the web, ran the following benchmarks and gaming test, and even used the phone to entertain my son this evening. It is now 7pm and the JiaYu S2 still has 23% of battery life left! Not bad at all! 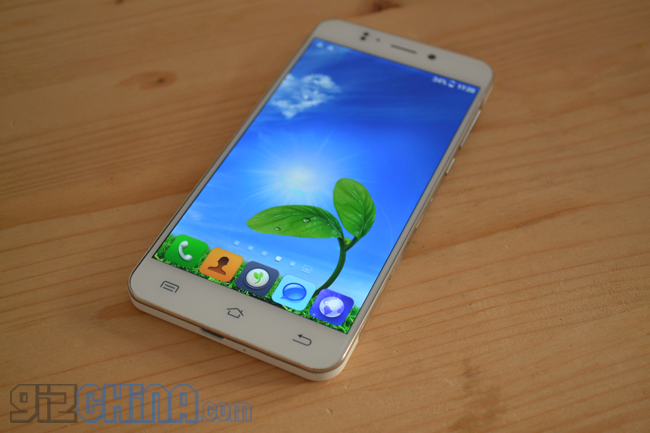 The screen on the JiaYu S2 is stunning! It has some of the best viewing angles of any phone I have used (including premium priced device) and can be turned up to very bright levels. Today, with sun shining and using the phone to browse the web while walking to the gym I had no issues with viewing with the screen turned to it’s brightest. Leaving it on it’s brightest though does wear the battery down, and for most of the time just less than half screen brightness has worked well for me.

I have to say the rear 13 mega pixel camera on the JiaYu S2 is the weak link in the phone. It is slow, and low-light photos are very noisy. In it’s current state I would say that the iNew V3 has a better performing camera. I have contacted JiaYu who acknolwedge my phone (a pre-production sample) is running the final hardware, but not the final Android build, and I should expect big improvments.

The below video goes through Antutu, Antutu X, Nenamark and Quadrant benchmarks. I also confirmed the specification of my JiaYu S2 to be the top of the range model with 2GB RAM and 32GB of internal storage.

If you don’t have time to watch the video then the JiaYu S2 benchmarks are as follows:

Again I recorded a video of the JiaYu S2 while taking Real Drift for a spin. Just as we have seen in all octacore Mediatek phones we have tested so far, the JiaYu S2 runs the actual game super smooth, but struggles with the 3D intro animation.

So far I am really impressed with the JiaYu S2. Battery life is better than expected, the display is wonderful, performance is spot on and build-quality is amazing! I really hope the rear camera gets some improvment with the newer ROM as it really is the weak link.

If I haven’t mentioned it here (GPS, Front camera, etc) it is because I haven’t tested it yet, but don’t worry I will included all these details in the full JiaYu S2 review in the coming days. Also, I will add photo samples tomorrow once I have taken a few more in various lighting conditions.

What do you think of the JiaYu S2 so far? Could this be your next phone?