Packing a 2.5Ghz Snapdragon 801 processor and 3GB RAM in to a smartphone 5.2-inch display was always going to mean impressive benchmarks and the Vivo Xshot does not disappoint!

Ok, so benchmarks at everything, and with most flagship phones getting scores of over 30,000 points these days there really isn’t much between them in term of real work performance, but it is still nice to brag.

Released just a few days ago, the Vivo Xshot, a camera centric device with 5.2-inch 1080 display has shown up in Antutu showing an impressive overall benchmark of 37,133 points! 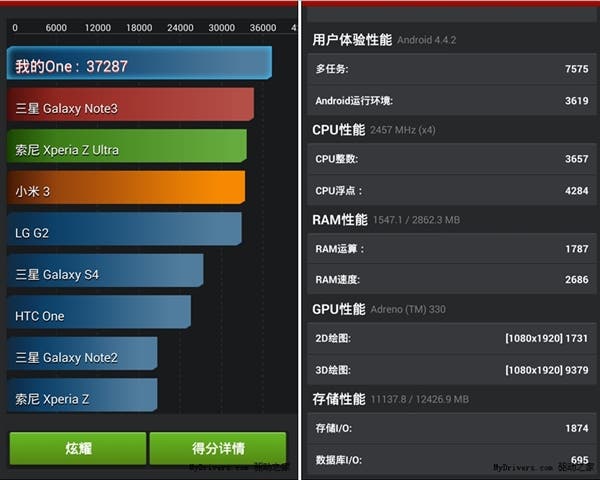 That’s not quite has high as the OnePlus One’s benchmark of 37,287, however the Vivo does manage a better 3D graphics score of 10,145 and runs Funtouch OS rather than the streamlined CyanogenMod 11S ROM on the OPO which gets 9739.

As mentioned above though, benchmarks are only part of the picture, and with the OnePlus One having similar hardware, a larger display and larger battery at a lower price I know where my money would go.