Even though the smartphones from Xiaomi’s Redmi series don’t usually have the most beautiful designs, makers in China still seem to be impressed enough to produce clones.

Say hello to the ‘Coolgen TM2’, a Xiaomi Redmi Note impostor, a blatant clone. We often see clones, but the TM2 is what some would call a perfect clone. Not only does the device have the exact look (and perhaps the feel as well) as the Redmi Note, it also comes with virtually the same specs sheet. It doesn’t end there; Coolgen apparently want to ‘kill’ the Redmi Note market, and are offering the phablet at a ridiculous 600 CNY or $96! That, when the original Redmi Note costs 799 CNY or $130. Talk about being in-the-face!

If you aren’t aware of the Redmi Note specs sheet (which is identical to Coolgen TM2’s), here’s what it comes with – a 5.5-inch 720p display, a 1.4GHz octa-core MT6592m CPU (the original Redmi Note has a faster 1.7GHz variant, which this clone seems to lack, but who cares?), one gig of RAM, a 13 mega-pixel rear camera, a 5 mega-pixel front camera and lastly a 3200mAh battery. Given that the TM2 measures in at the same 154 x 78.7 x 9.5 mm, you should be able to use accessories meant for the Redmi Note with the this device.

Unlike the original thing, the TM2 runs on the LewaOS and not MIUI. But again, at just $96 this would hardly make much of a difference, one would feel; you win either way.

There’s a catch though, for international buyers. The TM2 comes with only TD-SCDMA yet, so make sure you double check before throwing your money at the retailer. 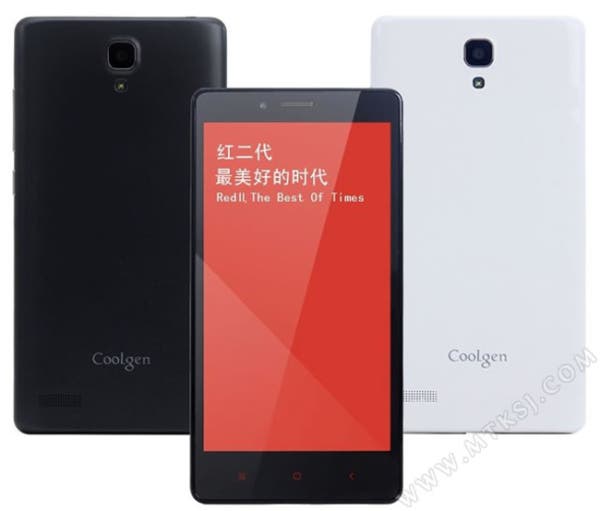 Previous OnePlus One: One batch of Europe shipments delayed by another two weeks