Hisense have been focusing on the US market for a while now. The China based maker initially showed interest in having a presence in the US market when it launched an array of LTE devices earlier this year; the company has since launched numerous devices including TVs and tablets.

Earlier today, Hisense announced the launch of another affordable smart device meant for the US market, the Hisense Sero 8 tablet, a device that was showcased a while back sans release. As you’d guess, the tablet comes with an 8-inch display along with a specs sheet that is quite a bargain for the money the device will go for, at just $129.

The 8-inch display will have a resolution of 1280 x 800 pixels, which isn’t all that bad considering you’ll usually keep the device a good 12-15 inches away from your eyes most of the time. What’s good is that Hisense are outing the tablet with Android v4.4 KitKat right out of the box, which is fast becoming the norm even with Chinese makers.

A quad-core Rockchip RK3188T chipset (clocked 1.6GHz) powers the tablet with 1GB of RAM, which could be an issue for some. You can find the complete specs below. 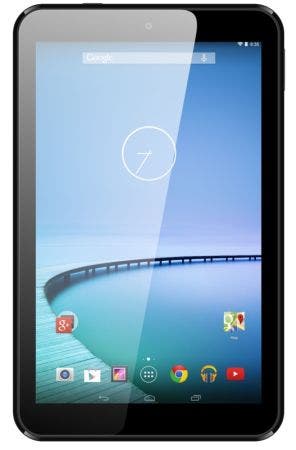 Previous Everything else from the Huawei launch today

Next Fingerprint reader, KitKat and a $127 price tag: Say hello to the Vifocal C1000!