In another surprise move, Xiaomi further reduced the Mi3 prices for India, which now stands at 13,999 INR as opposed to previously announced 14,999 INR. Not only that, two of the most affordable Xiaomi phones – the Redmi 1S and the Redmi Note – too have been announced for India.

We’d reported something along similar lines a couple of days back, and Xiaomi haven’t disappointed. 13,999 INR ($230) is quite an amazing price for any Snapdragon 800 phone, let alone one with the build and features of the Xiaomi Mi3. This one should cater to those looking for a OnePlus One in India, we feel.

The Redmi 1S and the Redmi Note were the wildcard entries for today. Again, both with a price tag of under 10,000 INR are pretty much set to rule the budget market in India. The Moto G that launched a few months back, at about 12,500 INR, now looks like an overpriced phone thanks to the Redmi 1S which packs similar specs (betters the Moto G in more places than one), and goes for about half the price. 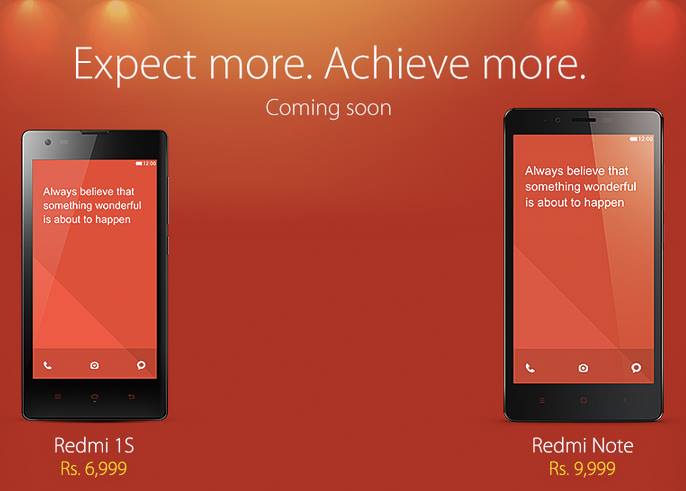 The Redmi Note is Xiaomi’s first entry into the phablet scene, and comes with a price tag as lucrative as any other Xiaomi phone. The device is also their first octa-core one, with a MediaTek MT6592 CPU at its heart.

As expected, the entire Mi (Xiaomi’s name for India) series of phones will be available via Flipkart, with sales to commence July 22nd, starting with the Mi3. However, those who wish to buy the phone on the 22nd need to register for the sale today itself.

Next Huawei Honor X will launch on 22nd July, but what is it?