Were excited about the Mi Band as it happens to get the name we dreamt up for it when it first lead (We’re waiting for the cheque now Lei Jun), but other than that it is a simple piece of wearable tech at a low price.

The Mi Band isn’t as advance as Android Wear devices which are hitting stores, it doesn’t have a display as such and the features are limited, but for just 79 Yuan ($13) is is very cheap!

Main features of the Mi Band are fitness and sleep tracking, a sleep cycle smart alarm, 30 day stand-by, IP67 water resistance, and the ability to unlock your Xiaomi phone when it comes in to close contact with it.

The technical gubbins all live inside a small alloy body with LED notification lights. This alloy device can be slipped in and out of different colour rubber wrist straps to suit your style, and there were even some more smart concepts shown too including a leather option. 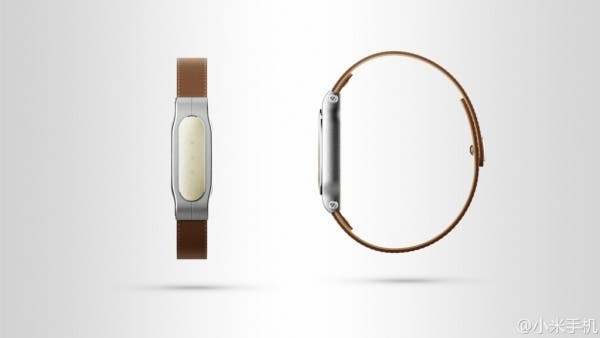 For $13 the Mi Band is going to sell like hot cakes. I personally will also get one just because it is so cheap, but it is hardly a must have piece of kit.