Android Wear is just starting out, but the app boom has already begun with new apps arriving by the day. Here I list some of my top Android Wear apps I am using now.

Android Wear apps are different from typical applications as they are not actually installed on the device itself. Instead the app is installed on your Android phone and your watch (LG, Samsung, Motorola) will then see the app and use it’s features. There are apps which are designed specifically to work only on your watch and those which are updated with features which make them Android Wear friendly. This list is a mix of apps that I have been using on my own LG G Watch.

I’ve not listed these apps in any particular order, all of those listed here are great and offer added functionality to any Android Wear device. So without further a do here are the my top must have Android Wear apps.

First up is Wear Mini Launcher, this simple launcher adds an easy shortcut to your Android Wear home screen allowing you to get at apps, settings and the brightness without having to swipe around all over the place.

Once installed on your phone (you might need to toggle it on and off to get it to work), Wear Mini Launcher is activated by simply swiping from the upper-left corner. This opens an app draw. It’s such a great feature I expect someone at Google will have something similar implemented in to Android Wear in the future.

Find My Phone does exactly what you would hope it would. It gives you a super simple method of finding your Android smartphone if you ever leave it somewhere. Default setting allow you to simply ‘call’ the phone, but additional options mean you can have the LED flash, the phone vibrate or gradually increase the volume.

In addition the app also recognises when you are too far from your phone and sends you a message asking if you might have left your phone somewhere. A great app which, I haven’t needed to use all that much, thank goodness.

Some of you may have seen I am going through a bit of a Hasselfoff phase at the moment so when I saw the Bunting app which promises to let me “tweet, David Hasselfoff-Style” I downloaded and didn’t look back. 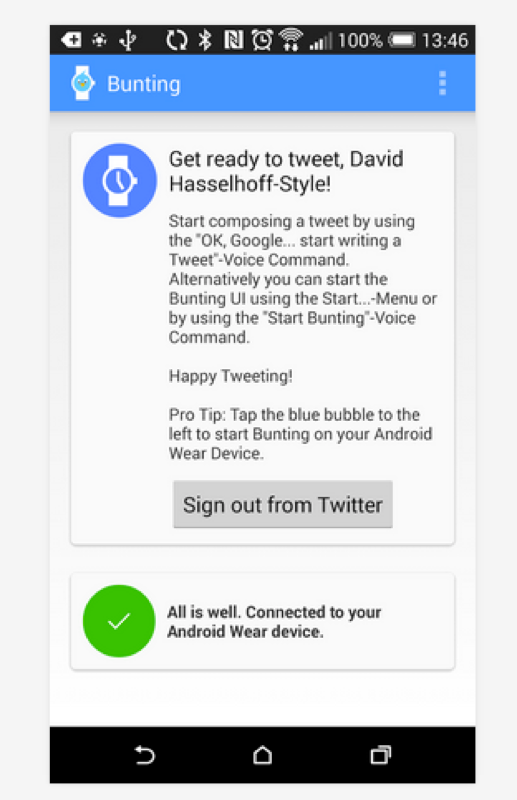 Bunting adds a new voice command to your Android Wear wearable allowing you to tweet through Google Now. By using the phrase “OK, Google start writing a tweet” followed by your tweet, you can be all over social media in no time.

I want to see WhatsApp and Wechat add a similar feature to their apps in the future, and an easy way to add # tags would be useful too.

To use Google Camera you are going to need Android 4.4 Kitkat or above. Personally I prefer the stock camera apps that come on the Vivo phones I have been using, but the Google camera does offer some interesting features and Android Wear support is one of them.

Once you fire up Google Camera, a card will appear on your Android Wear device allowing you to control your phone from your wrist. As it is this is more of a gimmick, but in the future with the additional of slower shutter options this could be a great feature.

If you don’t have Android 4.4 you can have a similar experience by using Wear Camera. This app also gives you a live preview from your watch too.

I have been using Runtastic Pro for years, and feel it is one of the best exercise trackers in the Play Store. The only real issue I have had with it though is the fact that I have to start the tracker first, then put the phone away in a bag (while riding), and then fish it out again to pause or stop it. 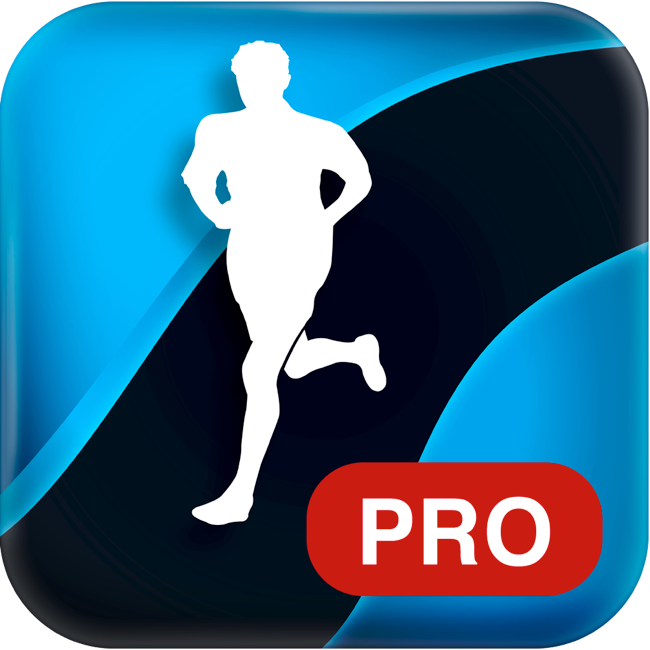 With Android Wear you can start-up Runtastic from the watch (made even easier if you use Wear Mini Launcher) and start tracking right away. From your Android Wear screen you can also pause the activity and even check out stats etc.

The Android Wear section in the Google Play store is growing at an amazing rate with new ideas and features being added by the day. We will continue to keep an eye on the latest releases and make updates including new must have Android Wear Apps.

Are you an Android Wear user? Let us know what apps you use most.

Next Jiayu smartphones to be available in India, albeit via a 3rd party channel

Google Play mobile version gets a “Compatibility with your devices” section