So the iPhone 6 has landed in two size options and competitive pricing (if you buy it on contract) but we won’t be buying an iPhone 6 not when these amazing Chinese smartphones are on sale now and are much more affordable.

The iPhone 6 launched last night and as predicted it arrived in two size options (4.7-inch and 5.5-inch) and with the design that was leaked time and time again. Both versions of the new iPhone get a Apple A8, 64 bit processor, 8 mega-pixel F2.2 rear camera, 1.2 mega-pixel front camera, fingerprint security, NFC, LTE, and all the usual Apple features.

Apple fans will likely be out in force across the web defending the new iPhone 6 and iPhone 6 Plus, but fans of Chinese Android phones already know that there are much better options on sale, with lower pricing and higher specifications. Phones such as:

The Xiaomi Mi4 launched last month, and although it hasn’t changed much in the hardware department over the previous Mi3, there are enough updates on the phone to warrant buying it. 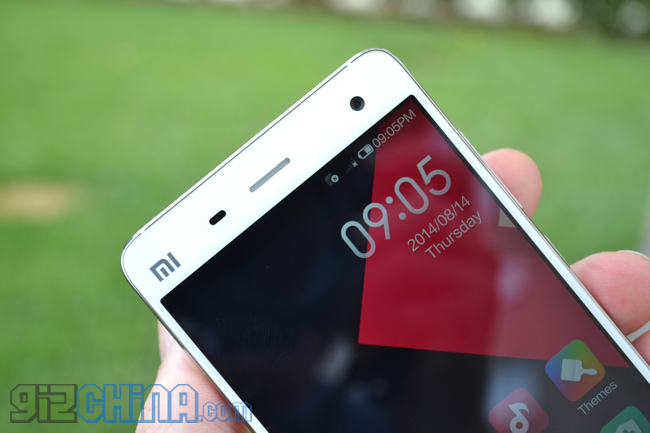 The main change for the Xiaomi Mi4 over the Mi3 is the narrower design and highly quality stainless steel chassis. The latest Mi flagship boasts a 5-inch 1920 x 1080 display, a higher res to either Apple iPhone 6, and it powered by the excellent Qualcomm Snapdragon 801 CPU with 3GB RAM!

Cameras on the Xiaomi Mi4 are a 13 mega-pixel rear camera, 8 mega-pixel front, both of which are a slightly better than the iPhone 6 cameras. A large 3100mAh battery, fast charging, IR blaster and the recent launch of LTE rounds up the Xiaomi Mi4 specs.

In China the Xiaomi Mi4 costs just 1999 Yuan while customers outside of China can expect to pay around $440.

Despite the OnePlus One not being a phone that actually takes my fancy, there is no denying that there are thousands of happy OPO owners around the world who are extremely happy with their CyanogenMod running smartphones and why not! 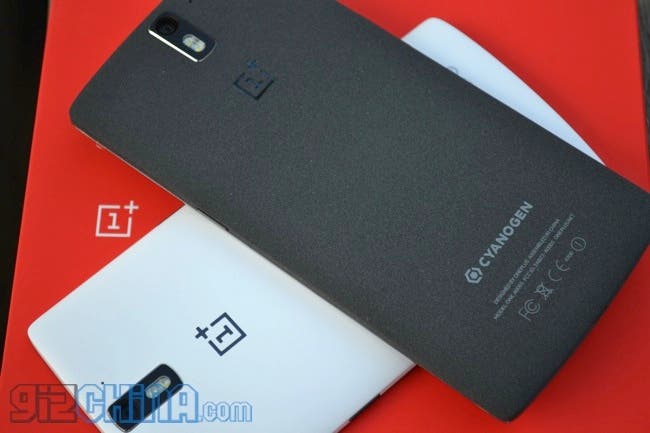 The OnePlus One is a 5.5-inch phone so would it is more fair to compare it to the iPhone 6 Plus. The phone boasts a 1080 JDI display, replaceable style swap covers, immersive battery life and powerful Snapdragon 801 with 3GB RAM.

If you’re not a fan of Cyanogen then OnePlus will let you install a 3rd party ROM and even root your phone without voiding your warranty, compare that to the walled garden of iOS.

International pricing of the OnePlus One ranges from $299 for the official international model to around $373 for a Chinese version of the phone running ColorOS.

Perhaps you are not that interested in high power specs and the ability to switch roms, maybe you just want something small, lightweight and stylish that would make a good alternative to the iPhone 6. In this case let’s take a good look at the Gionee Elife S5.1, the world’s thinnest LTE smartphone with a body of just 5.1mm! 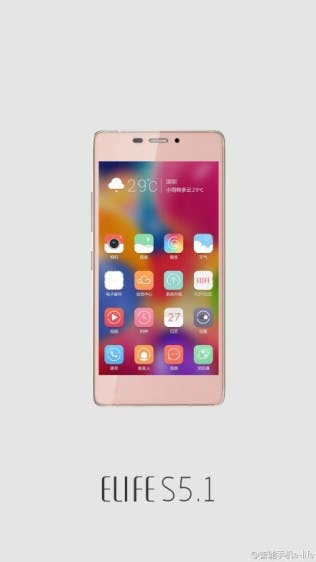 Currently the Gionee Elife S5.1 has only launched in China, but soon resellers will be offering the phone to international customers too.

The Meizu MX4 launched just last week, and in terms of design is the closest in looks to the iPhone 6 Plus of all the phones here. The MX4 is quite a unique phone in that it has a 5.35-inch 15:9 display, with 2.6mm screen bezels, which allow it to have a larger display, narrower and shorter body than most of it’s rivals. 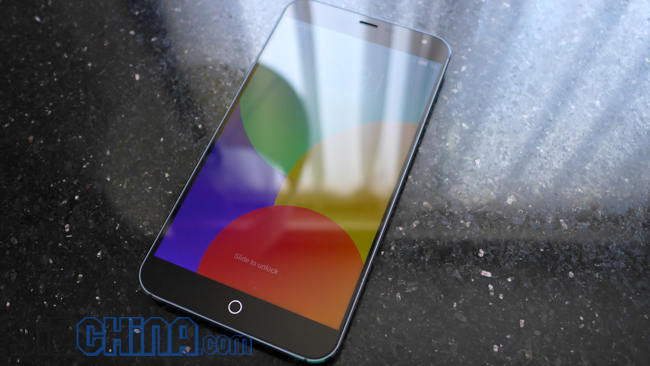 Interestingly the Meizu MX4 has a Mediatek processor, and in this case it is the latest octacore MT6595 with big.LITTLE and LTE. There is 2GB RAM, choices of 16, 32 and 64GB of internal memory and a large 3000mAh battery all wrapped up in an aircraft grade alloy body.

The MX4 also boasts an impressive 20.7 mega-pixel main camera from Sony and an all new camera application as part of the Flyme 4.0 update.

Chinese price for the Meizu MX4 is 1799 Yuan, while international fans can buy the phone with FREE shipping via the official Meizumart store from $449.

If you fancy something a little different than the usual smartphones then why not take a look at the latest Lenovo Vibe Z2, released just a few days ago and not to be confused with the Vibe Z2 Pro. 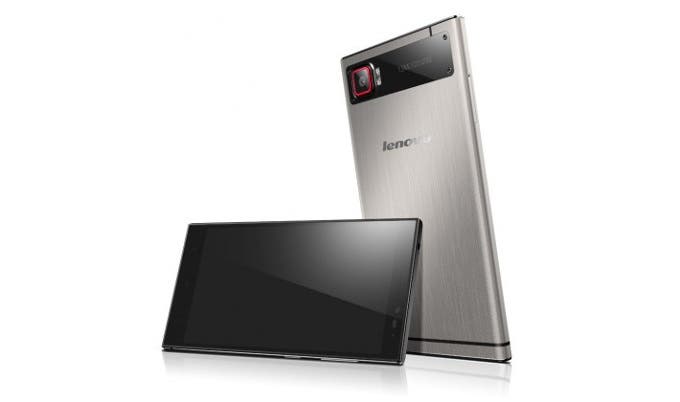 The Lenovo Vibe Z2 is the latest smartphone from the company and the next in the range of flagship phones. The metal bodied Lenovo packs a 13 mega-pixel rear and 8 mega-pixel front camera from Sony, 5.5-inch display and 64bit processor from Qualcomm.

LTE, 3000mAh battery and promised night shot performance are other great features the Lenovo offers at a price of $430.

Of all the phones on the list, the Nubia Z7 is possible the most difficult smartphone to get your hands on at the moment, but this isn’t due to marketing but rather the insane demand the Z7 has both in China and abroad. 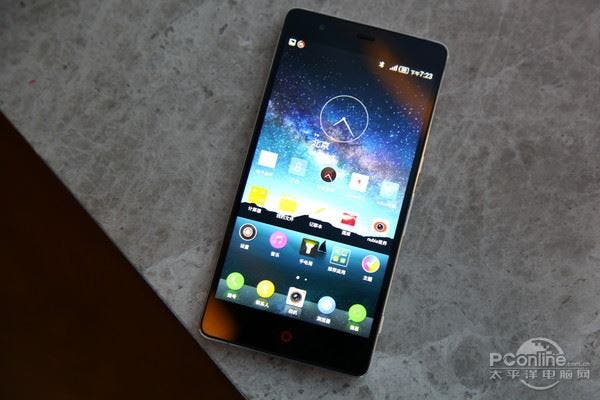 3 versions of the Nubia Z7 are available ranging from the affordable Nubia Z7 mini, to the Z7 Max and top of the range Z7. Each phone boasts dual sim support, LTE and a Qualcomm processor and each mode has the much praised Nubia 2.0 ROM based on Android 4.4.

Compared to the rest of the Huawei Honor range the Huawei Honor 6 is a different beast in terms of both build quality and specifications. Those that have tried out the premier Honor device have commented on it’s premium feel and are impressed with the speed of the self developed Kini K920 processor.

Like many of the flagship Chinese smartphones the Honor 6 has 3GB RAM and a 13 mega-pixel main camera. OS is Android 4.4 Kitkat with Huawei’s own Emotion UI to add a fresh look and interesting new features to the system.

Cat 6 LTE, a 5-inch laminated display and room for up to a 64GB SD card make the Huawei Honor 6 an interesting and unusual choice to the norm. Pricing for the phone outside of China is competitive too at around $390.

Like the Meizu MX4, the IUNI U3 has an advanced alloy chassis and manages to squeeze a large display in to the body of a much smaller phone! In fact the IUNI U3 is practically the same size as the Meizu but has a 5.5-inch, 2K display rather than the 5.36-inch 1080 panel. 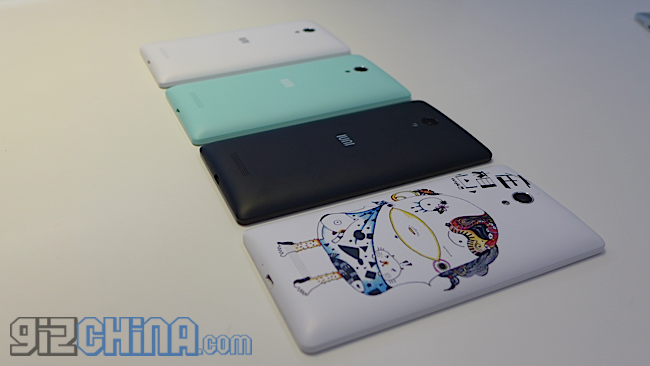 Also on the inside are dual SIM slots, 3000mAh battery, LTE, 3GB RAM, 13 mega-pixel camera and a Snapdragon 801 processor. The IUNI runs IUNI OS which is an extremely lightweight rom with all unwanted bloat and features removed making for a super smooth user experience.

The IUNI U3 will go on sae in China for 1999 Yuan later this month, and an English version of their ROM will also be released. IUNI do plan to enter international markets in the future but for now anyone wanting to get this phone will have to wait for resellers to get their hands on it.

The lesser known, and much funkier brother of the Z2, the Lenovo Vibe X2 features a colourful 7mm body with 5-inch 1080 display and 13 mega-pixel main camera. Processing power comes from a Mediatek MT6595M chipset, the slightly less powerful model of the SoC in the Meizu MX4 with 2GB RAM and up to 32GB memory.

The stylish X2 weighs only 120g and gets a 2250mAh battery and built in LTE. Pricing outside of China has not been set, but Chinese customers can buy 2449 Yuan for the phone.

Still one of my firm favourites, the Vivo Xshot has everything you could ever want from a flagship smartphone, well unless you want NFC as it is missing. The Xshot has a 5.2-inch 1920 x 1080 making it a comfy to hold device, and it is fast too thanks to the Qualcomm Snapdragon 801 processor and 3GB RAM. 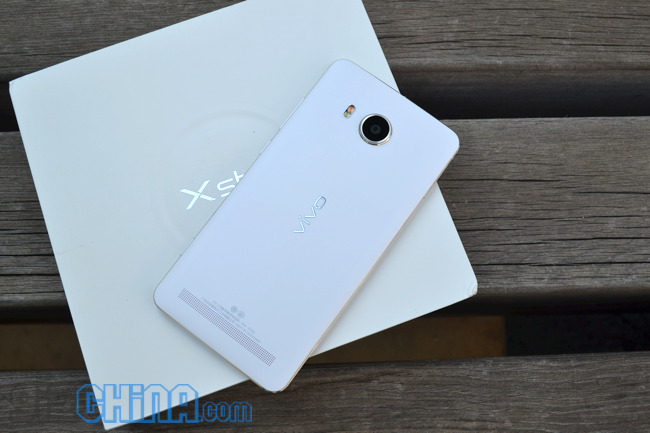 The Xshot is Vivo’s camera centric phone and has such as a 13 mega-pixel Sony sensor with F1.8 aperture and OIS. LTE is supported and there is even room for up to 128GB SD memory cards.

Top 10 Chinese smartphones you should buy instead of the iPhone6

There are plenty of other phones we could have mentioned from Chinese phone makers, and over the next few months we are going to be seeing more and more impressive smartphones boasting the amazing MT6595 processor. For now though, what do you think of these 10 Chinese smartphones, do you believe they are viable alternatives to the latest iPhone 6? Which phone are you tempted to buy?