It really hasn’t been too long since OPPO announced that the company’s first international device, the Find 5 wouldn’t be getting an update to Android v4.4 KitKat. A lot of owners of the Find 5 and other concerned users of different OPPO devices took to the online fora to vent their anger and frustration, which seems to have changed OPPO’s mind. 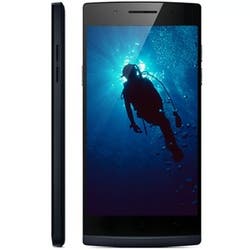 The company, ironically, said in a response to one such user on a Google+ post that the Find 5 and the N1 would indeed be getting Android v4.4 KitKat updates via ColorOS. OPPO was also criticized when the company announced its plans to port the ColorOS ROM to the LG G2 a few days back.

Anyway, even though the delay isn’t something OPPO users might have signed up for, this is good news. As you’d expect, there’s no clear timeline on when the above mentioned phones would be getting Android v4.4 KitKat updates, but we hope it doesn’t take them too long.

Previous Brace yourselves, another overpriced MediaTek phone is coming