TV boxes have been available long before Google came out with Google TV, or even the Chromecast. Chinese OEMs have been shipping these devices in all shapes and forms — set-top, stick… you name it, they have it.

Tronsmart has been particularly active making some quality TV boxes lately. We even reviewed one recently — the Tronsmart Orion R28 Pro — which came with a quad-core processor and 2GB RAM. The company today announced one with a massive 4GB of RAM — the Tronsmart Draco AW80. To be precise, the TV box will be available in a couple of versions, with 2GB RAM / 16GB ROM (AW80 ‘Meta’) and 4GB RAM / 32GB ROM (AW80 ‘Telos’).

It is claimed that the Draco AW80 will be the world’s first octa-core TV box, however we don’t have any confirmation on this as yet. It’ll come with the Allwinner A80 SoC which will provide the octa-core CPU. It’ll also have 4K and H.265 decoding capabilities built on board, which does make it sound like one powerful box to power your TV. 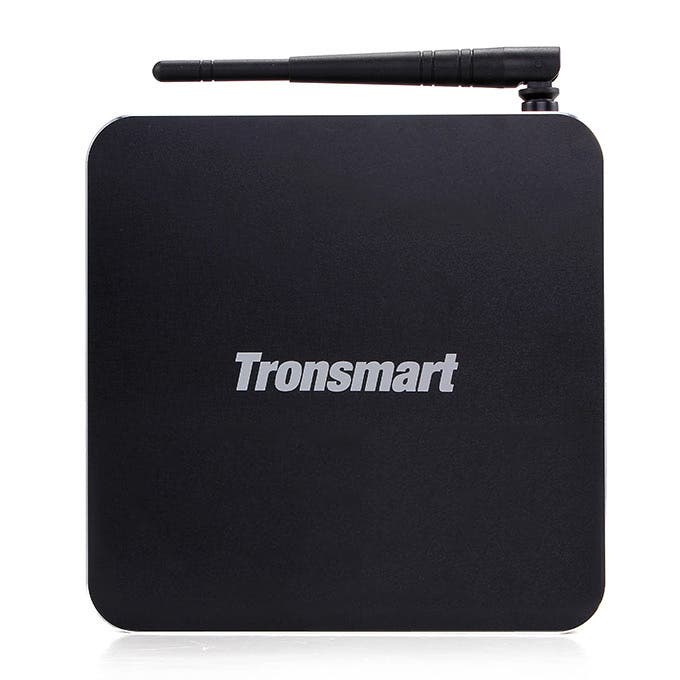 The 2GB/16GB Meta version is priced at US$149, while the 4GB/32GB Telos version of the Draco AW80 TV box will cost US$199 from retailer Geekbuying.

Most usually use their TV boxes to consume media from the internet on their TV, while some use it as their elementary gaming console and lightweight computer. This is probably the first time we’re seeing a 4GB RAM TV box, but is there a need for one? Do let us know in the comments section below.

Previous Cubot team up with Qualcomm on the Cubot Zorro, asking for 100 beta testers

Next Later then expected Goophone release the $150 GooPhone i6 Plus