No.1 managed to get their most recent clone quite right, and the same can be said for their first rugged device, the No.1 X-men X1.

It’s not often that No.1 launch a truly unique device, in fact I believe that the No.1 X-men X1 is the first phone from the phone maker that isn’t based on another manufacturers brand.

As the design of the X-men X1 suggests, this is a rugged phone designed for aggressive outdoor action. In the past makers of rugged phones have tended to shy away from large displays, and have usually given such device low-end hardware and terrible cameras (because who wants a decent camera when they our out in nature…..!). 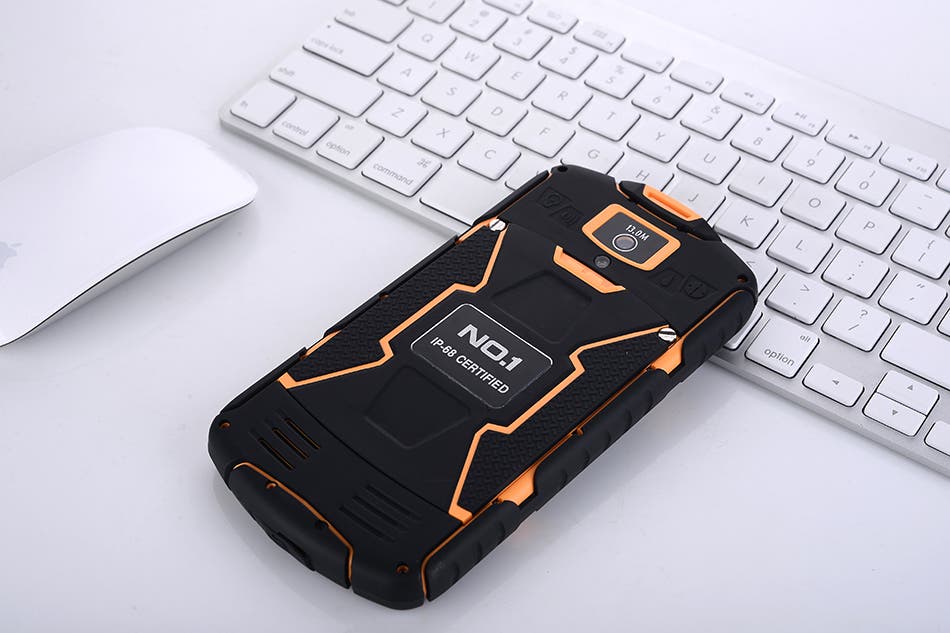 It’s good to see that No.1 through away the old “how to build a rugged phone” manual with the X-men then. The phone not only looks better with it’s 5-inch, scratch resistant display, but it also has an actual useable specification.

No.1, it seems, have realised that the outdoorsman/woman doesn’t need 4G LTE as chances for coverage at the local frozen waterfall are pretty slim, and that an 8-core processor isn’t needed to simple keep in contact with the outside world, navigate and snap a few wildlife photos.

Instead what we have is a quad-core MT6582 chip with 3G and GSM support, but more importantly a huge 5800mAh battery, 5 mega-pixel front camera and 13 mega-pixel rear sensor. A large 5-inch HD display will make viewing easier on the eyes while a rubber body will help you grip the phone with gloves and add protection in the event of a drop.

IP68 certification also means complete protection from dust and waterproof up to at least 1 meter.

More details for the No.1 X-men X1 over on the official website.

Next Xiaomi laptop leaks with pictures and specs