Mediatek have brought 64bit processing down to a point that everyone can enjoy the benefits, but just what are the differences between the MT6795, MT6752 and MT6732? Keep reading to find out.

Everyone is talking about 64bit processors and why not, all the new Chinese smartphones are boasting these new chipsets from Mediatek, but before I get in to the differences I would like to bring up another point.

64 bit is only a part of the picture

Mediatek’s new 64bit processors (MT6795, MT6752 and MT6732) aren’t only exciting because they are 64bit, but for the additional features Mediatek have crammed in to them. In fact if the only difference was 64bit we wouldn’t really be all that excited (well not until Android 5.0 Lollipop rolls out on every phone).

These latest 64bit processors also offer support for higher resolutions cameras, bring dual SIM 4G LTE to the playing field, and are also getting up to 2K screen support on the high-end chips. 64bit will also help to improve speach recognitiom and memory useage in the future too! Then there are Mediatek’s own technologies for smoother video and optimised power consumption and we have alot to look foward too!

So now we know a little bit more about the benefits what about the differences between them? 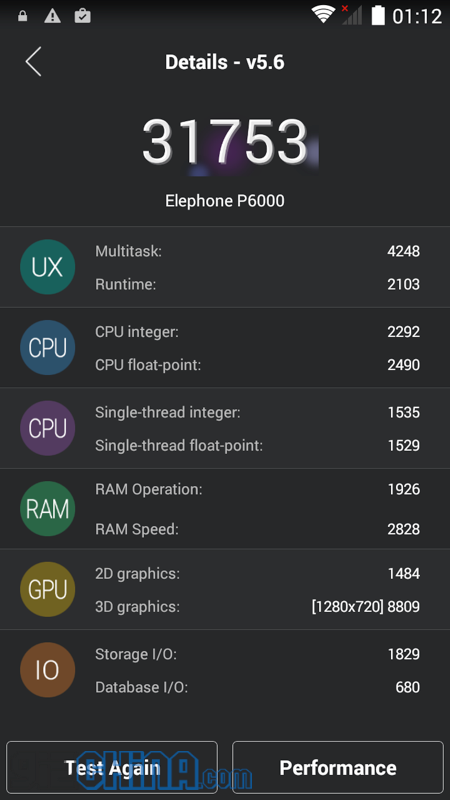 The Mediatek MT6732 is the entry-level 64bit processor in the Mediatek line up. It differs from its brothers in being a quad-core rather than 8-core (or Octa-core) processor, and also has the lowest clock speed of all the chips.

Phones with MT6732 quad-core chips are already available in Chinese phone on sale internationally, and from our own findings the performance is much better than even the octacore MT6592 chip from last year!

The Mediatek MT6752 processor is a mid-range processor that we have already started to see appear in some very competitive looking smartphones. The Meizu m1 note, Zopo ZP920, JiaYu S3, and Elephone P7000 all boast this mid-range power house. 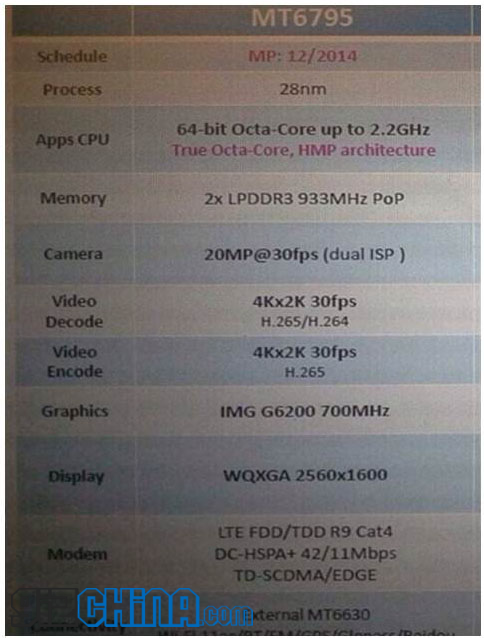 The Mediatek MT6795 is the chip that we are all really expecting to see. It has been rumoured that Mediatek will be weilding a Snapdragon 810 killer once the MT6795 makes its way in to phones.

The MT6795 is a flagship processor for high-end phone applications and as such gets a mix of 4 x Cortex A53 and 4 x Cortex A57 cores, and is capable of handling higher resolution displays and cameras.

Mediatek have also added some advanced core features to the MT6795 including Mediatek CorePilot (for power consumption), Medatek ClearMotion (for smooth video) and Mediatek MiraVison (DTV-grade picture quality). Some of these same technologies can be found in the MT6595 in the Meizu MX4.

The following table will show you the differences between each 64bit processor:

I hope this clears up the differences between each 64bit Mediatek chip that we know about so far, if you have anything to add please feel free to do so in the comments below.

Next Top 10 smartphones of 2014 as voted by GizChina readers