Xiaomi’s launch has been an impressive one, with the company launch 2 flagship phablet phones with some very impressive hardware specifications! Keep reading for more details of the Xiaomi Mi Note.

It was no surprise that Xiaomi launch a flagship phablet today, nor was it a surprise that 2 version of the phone were launched, but the design, hardware and pricing of the new devices did catch us off guard. 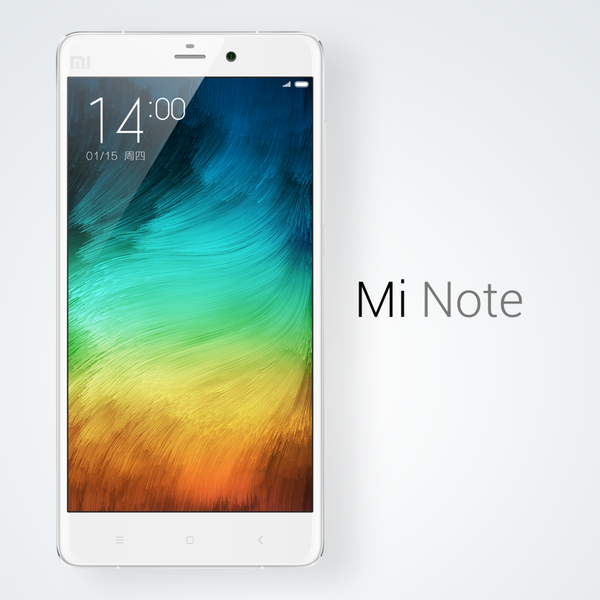 Xiaomi announced the Mi Note which is a 5.7-inch phablet. Both versions of the phone boast a 3000mAh battery, 13 mega-pixel Sony rear camera with OIS and a front 4 mega-pixel (ultra pixel camera) the same as the rear sensor on the HTC M8. Those are the basic configurations of each. Both phones also get audio HIFI with support for DAC and Cat 9 LTE.

For those of you who require the best of the best though there is a high end version of the Xiaomi Mi Note Pro, which gets a boost in screen resolution to 2K, a whopping 4GB RAM and 64GB memory and, possibly most exciting of all, a Snapdragon 810 chipset! 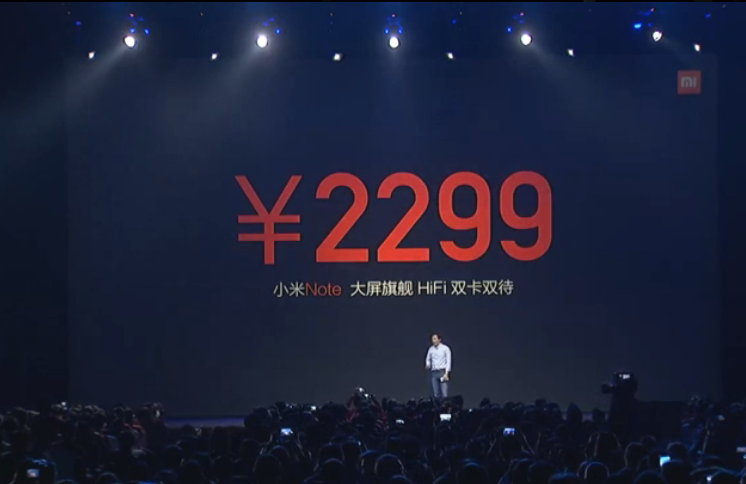 Xiaomi also went out of their comfort zone for the Xiaomi Mi Note launch in terms of price. The base model Snapdragon 801 version of the flagship phablet will set fans back 2299 Yuan, 299 Yuan more than their traditional 1999 Yuan price point. 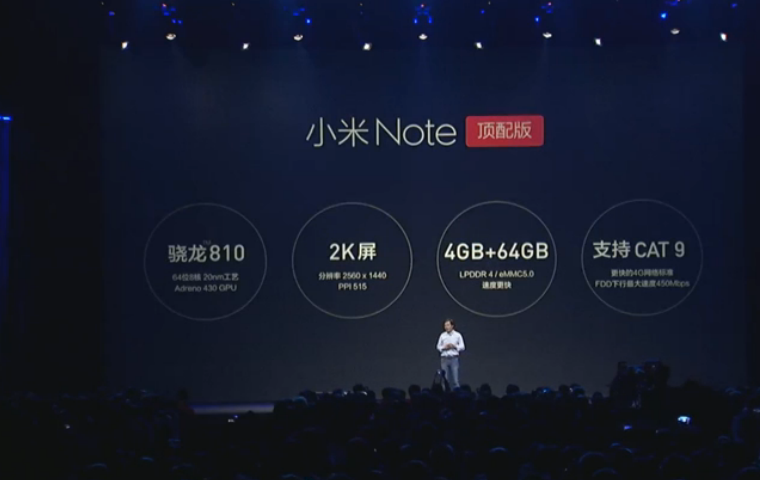 If you want the all powerful 4GB RAM, Snapdragon 810 Mi Note Pro though you are going to have to hand over a lot more cash! The proce of this beast is going to be 3299 Yuan! Thats the price of the Xiaomi Mi4 plus a Redmi and change! 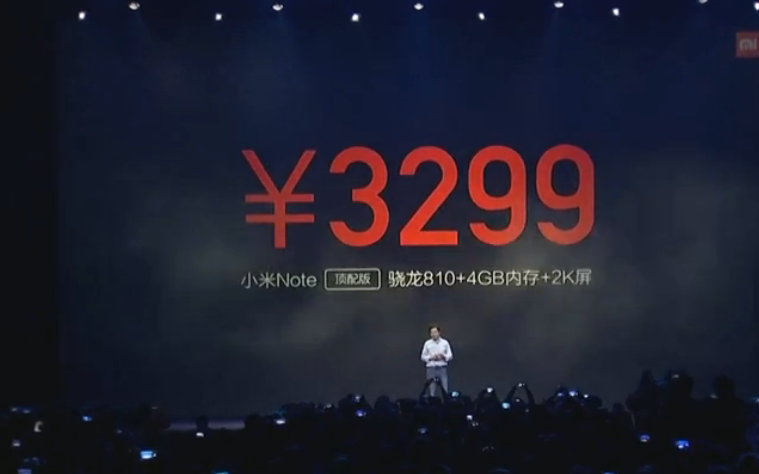 Another shock is that our source in Beijing (who has had his hands on the new Mi Note) has informed us that Xiaomi have added dual SIM support to their flagship phablet!

We’ll will keep our eye more details and update this post with anything that we have missed and new photos throughout the day!