Here’s this weeks round-up of news bites that didn’t make the headlines.

Another week comes to a close and as usual there has been a phenomenal amount of news that we have managed to cover, but also a few that have slipped through the net such as.

DOOGEE announced earlier today that they are planning to join the LTE generation with a new device called the Doogee F1 Turbo Mini. The phone will get a 4.7-inch 720p display, 1GB RAM, dual SIM LTE, 13 mega-pixel camera a quad-core MT6732 64bit processor. No news on a release date but we guess sometime after the Chinese Spring Festival.

Huawei will be at MWC this coming March and have set their event for the 1st. We’re sure that we will hear about Huawei’s plans for the Ascend brand name, which they are rumoured to be dropping, and if we are lucky get to see the new Huawei P8 and Mate 8.

Leagoo continue to focus on entry-level phones and have a new phone to bring to their range. The Leagoo Elite 2 is a 5.5-inch 720p smartphone with 3200mAh battery. The design of the Elite 2 is rather nice and includes an 8 mega-pixel front camera, 13 mega-pixel rear, and even 2GB RAM. The processor is an octacore SoC but the lack of LTE points to the MT6592. Still a good-looking phone with nice hardware.

During the September launch of the Meizu MX4 and Flyme 4.1, Meizu announced they would also update the Meizu MX2 and Meizu MX3 to Flyme 4 also.Today that promise came good with the release of Flyme 4.1 (International version) for the older devices.

Ulefone ask which shape fingerprint scanner do you want to see

Ulefone have posted a teaser telling that they plan to launch another device with fingerprint scanner built-in to the physical home button. It looks like the final design of the phone hasn’t been settled on though as Ulefone are asking fans if they prefer a round or rectangle button. 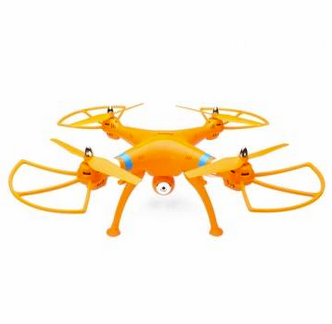 Syma sent over details of their latest flying creation. The Syma X8C comes in either white or bright orange (easy to see while flying) and looks very similar to the popular DJI Phantom.

Pricing is very competitive at only $111, and comes with prop guards and a built-in camera for catching aerial video.