Since the OnePlus One has been on sale for over a year now and a replacement is in the wings the price of the current 16GB model has been slashed to just 1499 Yuan in China.

When launched the OnePlus One cost just 1999 Yuan in China. At the time of launch, early 2014, this was a great price for a 5.5-inch FHD flagship with 3GB RAM, Snapdragon 801 and Sony IMX214 camera, but these days the price isn’t quite so competitive. 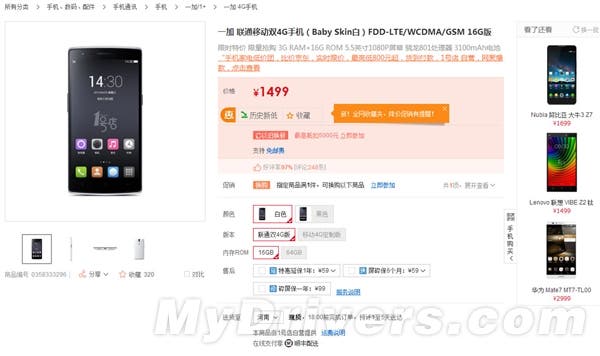 With rumours that a second generation OnePlus phone will be on sale soon, it come as no surprise that the ‘baby skin’ OPO has had a price cut to just 1499 Yuan. So far the price cut only affects the 16GB model and only in China, but perhaps the 28th May Hydrogen launch could also reveal an international price cut too.