Purported leaked photos of a metal Xiaomi Redmi Note 2 have arrived in our inbox today. Are these really photos of Xiaomi’s upcoming Redmi device?

Our sources at ibuygou.com, sent over these exciting photos of a mystery Xiaomi model claiming that they could be of an upcoming Xiaomi Redmi Note 2 device.

The current Xiaomi Redmi Note is a supersized Redmi with plastic body and 5.5-inch display. It isn’t the most attractive phone, but offers a big device at a low cost. For the Xiaomi Redmi Note 2, the Beijing phone maker has gone back to the drawing board and has created a much more premium looking design.

Although not confirmed, the photo do seem to show a 5.5-inch phablet device with a metal chassis similar to that found on the Xiaomi Mi4. The top of the chassis has the 3.5mm headphone jack, and what appears to be an infrared remote unit for taking control of your living room. 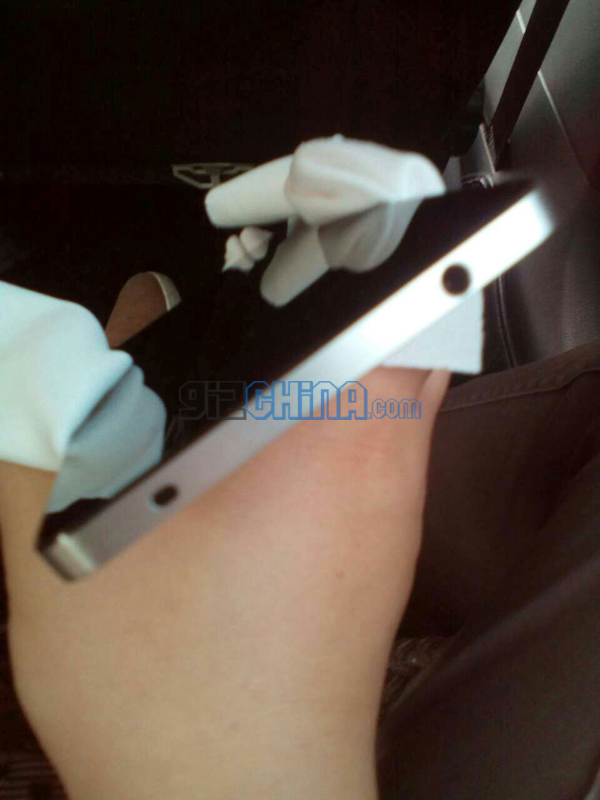 Power and volume buttons remain in the standard Xiaomi locations but look like they have also been made of metal too. On the rear the Xiaomi Redmi Note 2 has a nice clean look with single LED flash, simple ‘Mi’logo and camera.

Internal specifications of the phone are not yet known, but we can hazard a guess at the Xiaomi Redmi Note 2 getting a Qualcomm processor, 2GB RAM and 13 mega-pixel main camera. Judging by the thickness of the chassis a large battery should be part of the package too.

Xiaomi are not the only company to launch a mid-range phablet. Meizu are also rumoured to release the Meizu m2 note on June 2nd. Let’s see how these compare in a few months.

Previous Coolpad Dazen announces itself in India with the 5.2" Dazen X7