Xiaomi only has one wearable in its kitty yet, but even that seems just enough. The Mi Band, as it is known, is a super-affordable wearable which offers some basic functionality such as fitness tracking, sleep tracking, etc.

Thanks to the very affordable price tag and the rave reviews it received (and keeps receiving), the Mi Band happens to be a very popular product in the markets where Xiaomi operates. According to data from the first quarter of 2015 (source: IDC), Xiaomi’s Mi Band commands a massive 24.6% market share, second only to the FitBit which sits pretty with a 34.2% market share. 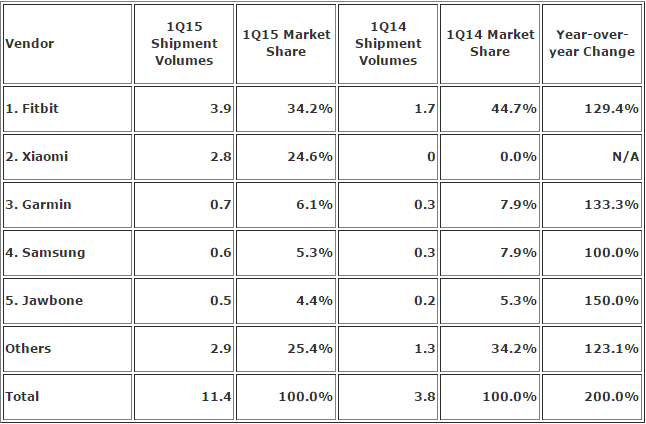 These are encouraging signs for Xiaomi. The Mi Band is only available in a limited number of countries, and despite many resellers offering the product at small markups, it still happens to be popular mainly in Asian countries. Xiaomi recently set up shop in the UK, US and a few other regions where it’ll be offering it’s low cost accessories, which should give the Mi Band a push in the western regions.