UMi have sent up some information about the UMi Iron to clear up the confusion about the specs and details of the phone. Keep reading for the details.

UMi did a pretty good job of keeping the UMi Iron a secret, especially considering the sheer amount of the features the phone boast, but still resellers managed to jump the gun, release details and confuse matters with inaccurate details.

To clear the air and get facts straight, UMi have sent out details of some of the current and coming soon feature of the UMi Iron. Most of the features here are software based so will only come with OTA updates, which is good news in itself as it means UMi have planned OTA’s which is more than can be said for some other brands. 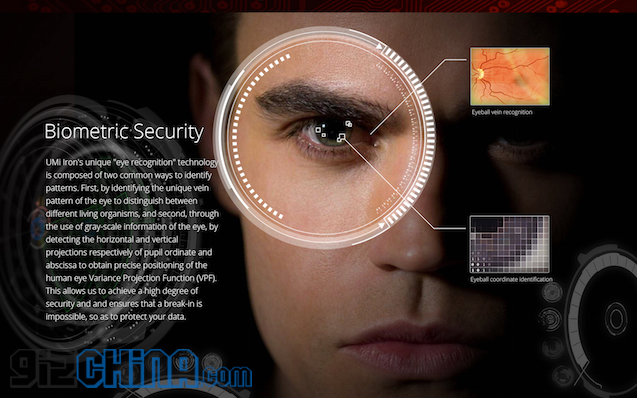 UMi are using a few different names to describe their Eye reading technology, but it sounds as though the feature uses algorithms by Eyeverify which used the front camera of the phone to read and recognise your eye print to allow access. This feature isn’t available out of the box, but will come with an OTA scheduled for 6th July.

It’s an interesting feature that we want to test, and also wonder if it is always active or if you first need to unlock the display to get the system to wake up first? 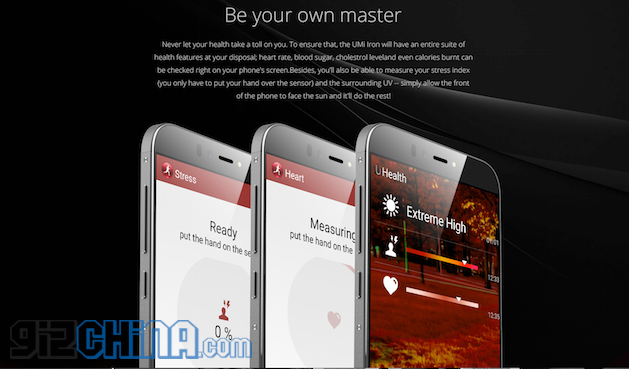 The new material from UMi also sheds a little more light on the health aspects of the phone. Already mentioned is a heart rate monitor which can read your BPM by simply placing a finger on the sensor, but there is also a feature to check UV light in your area. According to the details using the front camera of the phone will pick up how much UV light there to warn you of dangers to your skins health. We’re not sure how this works but we feel it is more to do with the location of your phone based on GPS rather than the camera. 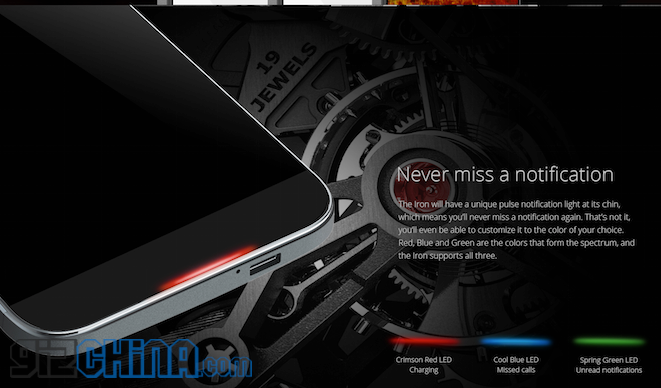 A notification beam is a feature that I love to see on Android phones. I like the look of it on Oppo devices but it always bothered me that Oppo only offered one colour for the light. UMi however have used an RGB notification beam. By default Red means charging, blue is for a missed call and green for unread message.

UMi are asking UMi Iron owners to update their phones via OTA as soon as they arrive so that the notification light and heart sensor features will become active on the phone. 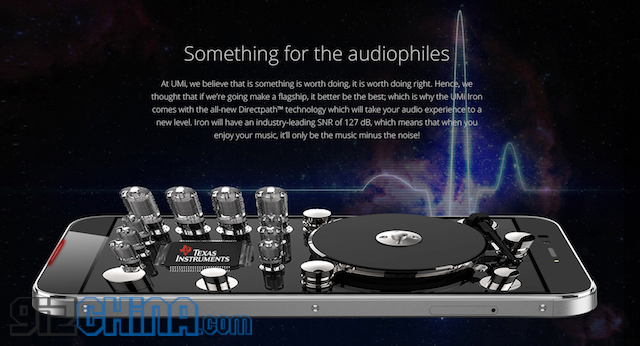 Although Mediatek have made some great strides in improving audio quality on phones equipped with their processors, UMi have gone that extra step to ensure better than average audio HIFi. Using a Texas Instruments audio chip with Directpatch Technology, the UMi Iron promises to be a audiophiles dream.

So those are the current features of the UMi Iron, not bad for a phone that will cost just $179.99, and with OTA updates coming we can expect more added features to the Lollipop ROM in the coming weeks and months. Keep posted to GizChina as we should soon receive our review UMi Iron and will make an unboxing once it arrives.

Previous Xiaomi debuts in Brazil with the Redmi 2 at $157!