If you are aware of ZUK (Lenovo sub-brand) attempts for promoting their upcoming ZUK Z1, as the worst promo video ever, You will be glad to know that today, trough a ZUK Official page at Weibo, an event was been scheduled for 21th July, next Tuesday, and the biggest expectation reflects in the Z1 announcement.

Something that also has caught the attention in the shared poster, was the presence of the Jingdong logo, not highlighted but still visible, which possibly mean a partnership with the famous Chinese site of e-commerce. Jingdong already was related in trying to make a debut in the Smartphone market with their own border less device in the last year, despite that the bet here is that the Z1 can initially be sold at the Jingdong website. 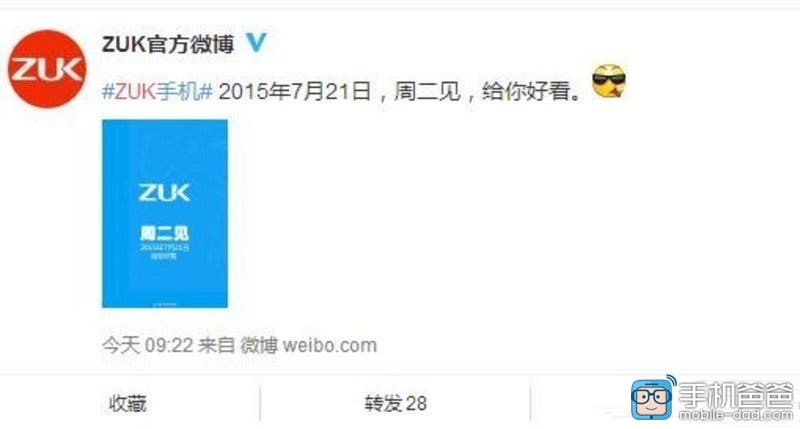 In the next days, we’re going to see all the eyes turned to China, with the launch of the new OnePlus flagship, yet other companies seems to take this attention as ZUK might be trying with the Z1. Anyway the ZUK Z1 has plenty of reasons to deserve our attention.

There are few details about the specifications coming with ZUK Z1, but we can confirm a battery with at least 4.000mAh, a 13MP camera, fingerprint scanner the new USB-Type C technology and Android 5.1.1 running right out the box.

So mark the next Tuesday 21 in your schedule! And we of course will be following and covering all the details related to the handset. for now be sure to share your expectations for the launch.