It’s not just about Meizu today, ZTE also took to the stage in Beijing and launch 3 new models of ZTE V3 all with alloy bodies with a low starting price of $160!

ZTE really do dislike Meizu. After beating Meizu in a legal battle over the use of a capacitive ring button on phones (forcing Meizu to make the early switch to a physical button), they then decided to choose the same launch date as their rival launching 3 new devices.

While Li Nan and co took to the stage to announce the budge Meizu m2, ZTE’s bosses were announcing 3 models of V3 ranging from 999 Yuan, and rising to 1299 and 1499 Yuan.

Other than the higher asking price of the ZTE phones, there are some other notable difference between the Meizu m2 and new ZTE V3 range. ZTE for example have chosen an all alloy chassis for their budget range, have also give the phones a secure fingerprint scanner on the rear and even created a near bezeless design!

Although there are three different versions of the phone there is not really much difference between the models. The cheapest ‘Youth’ version has dual 4G LTE support, while the more expensive 1299 “Extreme” variant has full network support. The most expensive of the 3 adds a few additional accessories to the mix. 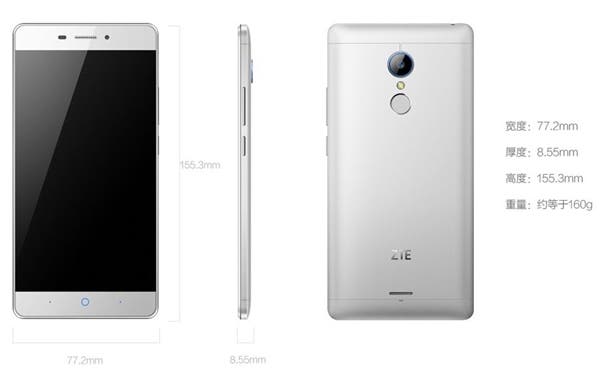 The phone comes with Nubia UI3.0 based on Android 5.1 Lollipop which brings advanced NeoVision 5.1 camera features to the 13 mega-pixel F2.2 rear camera and 5 mega-pixel F2.2 front.

ZTE will be releasing the three new phones in China from today on JD.com. Resellers are likely to offer the phone at a higher price of closer to $200 once available.

Next The No.1 Watch comes with room for a SIM for call directly from your wrist!