UMi revealed yesterday that the eMax Mini would feature an octa-core Snapdragon chipset, but didn’t really tell anything more than that.

The latest teaser from the company talks about some more specifications of the ‘mini’ phone. The teaser reveals that the eMax Mini will have a 5-inch screen with a 1920 x 1080p FHD resolution (so much for ‘mini’ phones!), a 3050mAh battery, an 8 mega-pixel front facing camera and lastly a 13 mega-pixel rear camera.

Yesterday’s teaser pointed at a 64-bit octa-core processor that the phone will have. 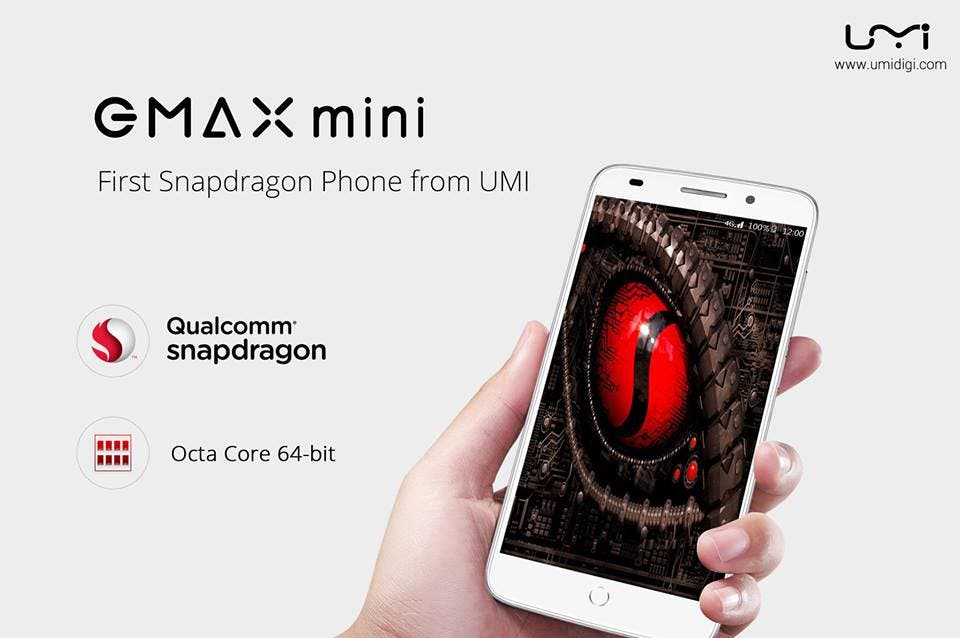 The eMax Mini is shaping up to be a decent phone for folks used to smaller phones (not as small as the new Elephone though). A mystery in the form of the SoC still remains unsolved; considering that it’ll be a budget phone (like all other UMi phones), there are chances that the 64-bit octa-core SoC is the Snapdragon 615.

UMi’s also working on the launch of the upcoming Zero 2 smartphone, which will have a Super AMOLED screen among some other goodies. There’s a very clear difference between various smartphone lineups from UMi, such as the Hammer (build), Zero (style, screen), Iron (budget flagship) and of course, eMax (battery).

Will you consider purchasing a 5-inch phone?